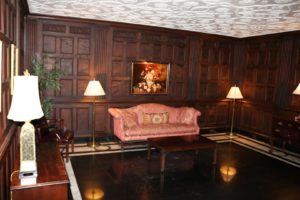 On Sept. 29, it held its luncheon, sponsored by HGR Industrial Surplus, at the opulent English Oak Room located in the former Cleveland Union Terminal, now known as Tower City Center. The room is so named because the developers of the rapid transit line and the Public Square station, the Van Sweringen Brothers, imported oak paneling made from the trees in England’s Sherwood Forest. Forest City, the Tower’s current owner, preserved the room by repairing the overhead roads that were leaking down into Cleveland Union Terminal. 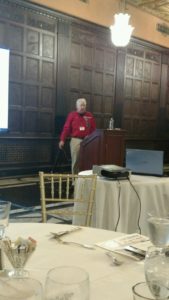 Chuck Klein, 2017 NKPHTS National Convention chairman, gave an interesting presentation, “Chicago World’s Fair to Cleveland Public Square,” about the history of downtown Cleveland seen through the lens of the railroads. He showed photos of downtown before, during and after development as the construction took place from 1927-1930. One amazing statistic is that 2.4 million cubic yards of material were removed for the excavation.

HGR Industrial Surplus is a member of NKPHTS and supports the organization due to its facility in Euclid, Ohio, being on the former Nickel Plate Road and housed inside “Nickel Plate Station.” 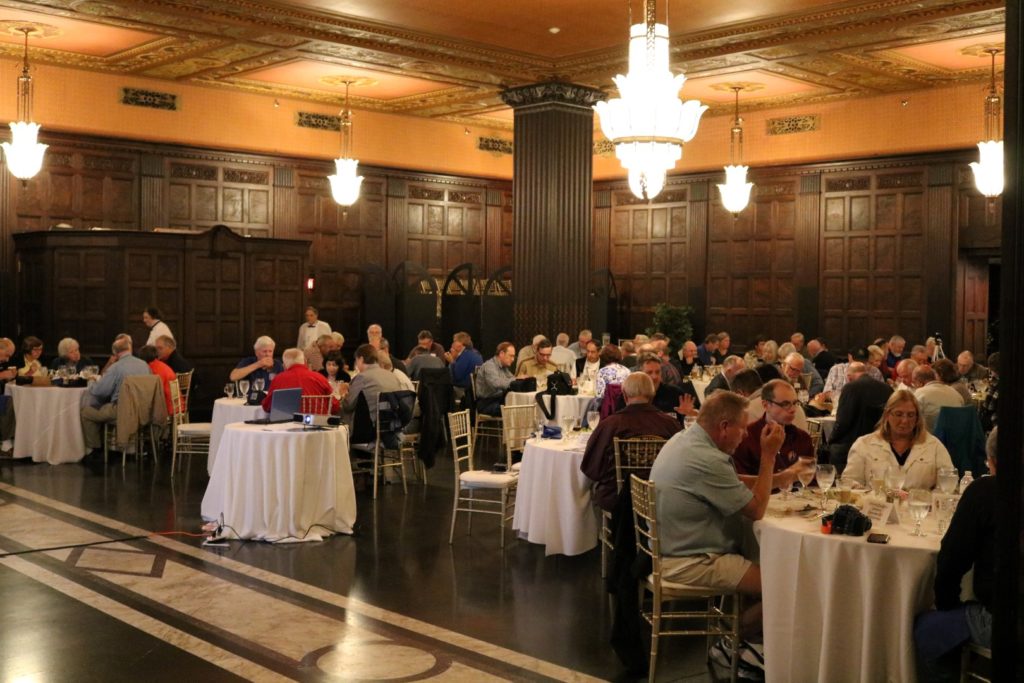