James Georgopoulos works with painting, sculpture and video installation to address a relationship between highly skilled production techniques, pop culture and taboo iconography. He began creating visual works at age 14, and his father was an avid art collector. He relocated from the East Coast to Los Angeles in the early 90s to work in the film industry, including as an art director for commercials and music videos, including Pink Floyd’s “Take it Back.” Georgopoulous’ work can be found in collections around the world.

Currently, his solo show at MAMA Gallery in Los Angeles is buoyed by four major new video sculptures that the artist created out of found, fabricated, and handmade materials. The Earth Is Flat is an interrogation of artificially intelligent systems and the values and hazards implicit to autonomous computing. The title of the exhibition emanates from the certainty that we are at a precipice, akin to the era when a flat world was the predominant theory about the form of the Earth. Theorists and technologists—Bill Gates, Elon Musk, and Stephen Hawking among them—believe that we are presumably in a technological stone age, and that artificial intelligence will continue to develop rapidly and exponentially in spite of warnings and omens. 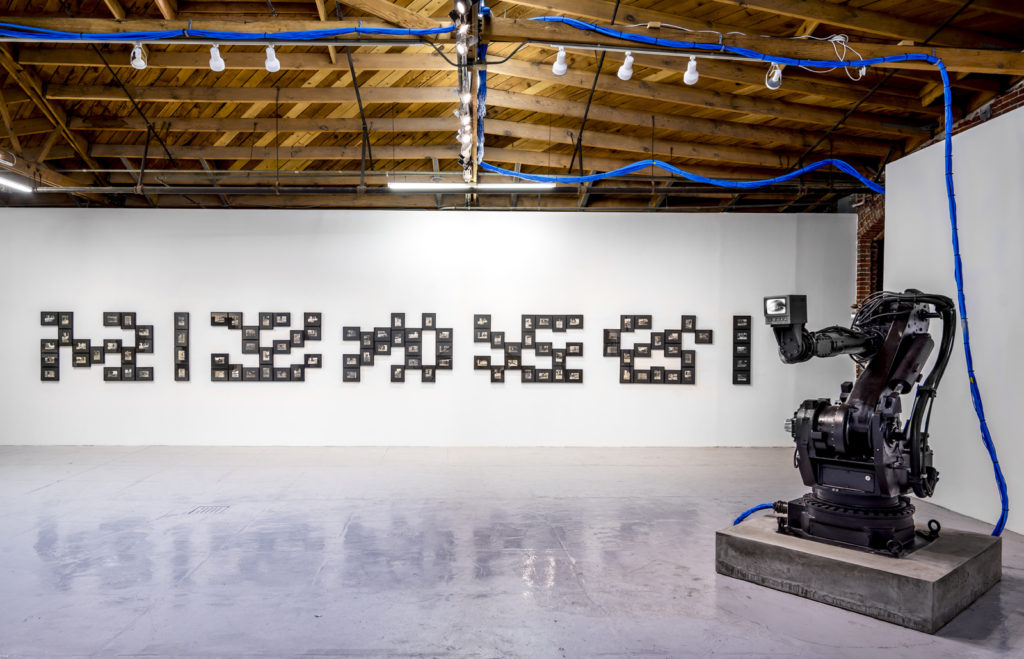