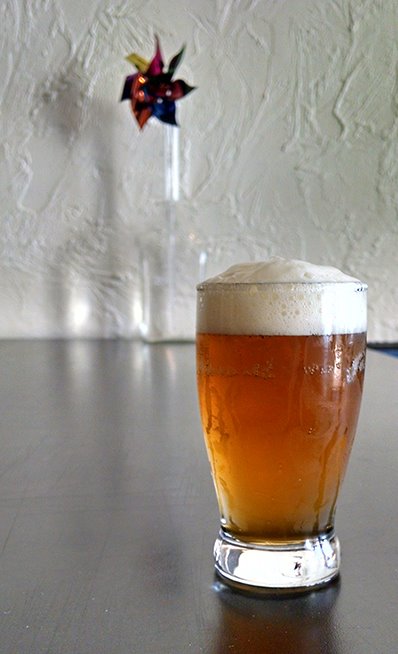 Q: What did you do before you decided to start your own business?

A: Immediately prior to opening the brewery I was principal scientist in Process Chemistry at Ricerca Biosciences in Concord.  Before Ricerca, I worked as a chemist in the chemical and pharmaceutical industries for 10 years.  And prior to that I taught college chemistry in South Carolina. Kim, my wife and brewing-company partner, is director of communications at St. Paul’s Episcopal Church in Cleveland Heights.

Q: Why did you and your wife decide to open a microbrewery? 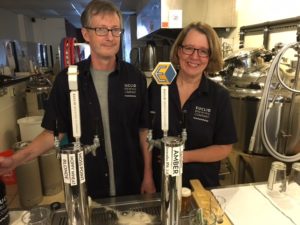 A: There were two main reasons I wanted to open the brewery.  The first was professional: I’ve worked for four different companies in my career, and each one of them had been sold at least once.  Every change in ownership led to layoffs and churning, which was very stressful for all employees.  I figured the only way I would have any job security in today’s economy would be if I started my own company.  The only marketable skills I had were making drugs, making chemicals, and making beer.  I figured starting a brewery would have fewer barriers than starting a pharmaceutical or chemical company. The second reason I wanted to start a brewery was more personal.  I didn’t want to be one of those people who reaches old age and regrets not having tried something risky in his or her life.  If I was going to start a brewery I couldn’t wait until retirement; I’d be too old to lift the 50-pound bags of malt!

Q: Why did you pick Euclid and your current location?

A: Kim and I have been Euclid residents since 2007.  We love the fact that we can walk to great restaurants, such as the Beach Club Bistro, Paragon, and Great Scott.  We’ve seen a lot of recent improvements in Euclid, and we wanted to be a part of that. We really wanted a location in a storefront in downtown Euclid because it would allow nearby residents to walk or ride their bikes to the tap room.  We hope customers will come from farther away, but we really wanted to focus on being a gathering place for the neighborhood. Locating the brewery in downtown Euclid also had a fringe benefit: My commute went from 19 miles one-way (when I worked in Concord) to less than a half mile!  I can walk or ride my bike to work now.

Q: How many beers do you offer? Styles?

A: Our goal is to always have six of our own beers on tap (We don’t plan to have any guest taps.).  A typical line-up would include a lighter beer style, such as a blonde or wheat beer; a pale ale and an IPA; a darker beer, such as an amber or stout; and a seasonal beer or two, for example a saison or pumpkin.

Q: Hours and do you offer food?

A: Currently our hours are Thursday 4-7 p.m., and Friday and Saturday 4-8 p.m..  We might expand those hours as we learn more about our customers’ preferences.

Q: What is your brewing philosophy?

A: We prefer to brew traditional styles rather than more exotic beers.  There probably will never be a chili-containing beer on tap at EBC!  We also want to focus on sessionable beers (4-6% ABV) rather than higher-alcohol styles.  The recent elimination of the alcohol cap on beers in Ohio will not affect our beer lineup.

Q: Since I met you at HGR one year ago, how did you hear about HGR and what made you stop by?

A: I first heard of HGR from a coworker at Ricerca.  He knew I lived in Euclid and asked if I had ever been to HGR.  He was adamant that I should go and look around. The first time we went it was an epiphany.  I wanted to buy almost everything I saw, but Kim stopped me. It’s an amazing place! We’ve taken our daughter and son-in-law to HGR.  They own a design firm in California, and we had to drag our son-in-law out of there at closing time.

Q: What have you purchased here, if anything?

A: We purchased a butcher-block-top industrial table for Kim to use for her stained glass projects  a while back. When we were building the brewery, we looked for a low stand or table for our chiller in the brewery. We spoke to a sales rep who emailed us some options from time to time, but we ended up using cinder blocks!

Q: Anything else I missed that’s important and you would like to add?

A: I was a home brewer for approximately 10 years before starting EBC.  I was bitten by the brewing bug when our daughter bought me a Mr. Beer kit for my birthday.  I’ve always called Mr. Beer a gateway kit, the use of which leads to more and more spending on brewing equipment, and before you realize it you own a brewery! 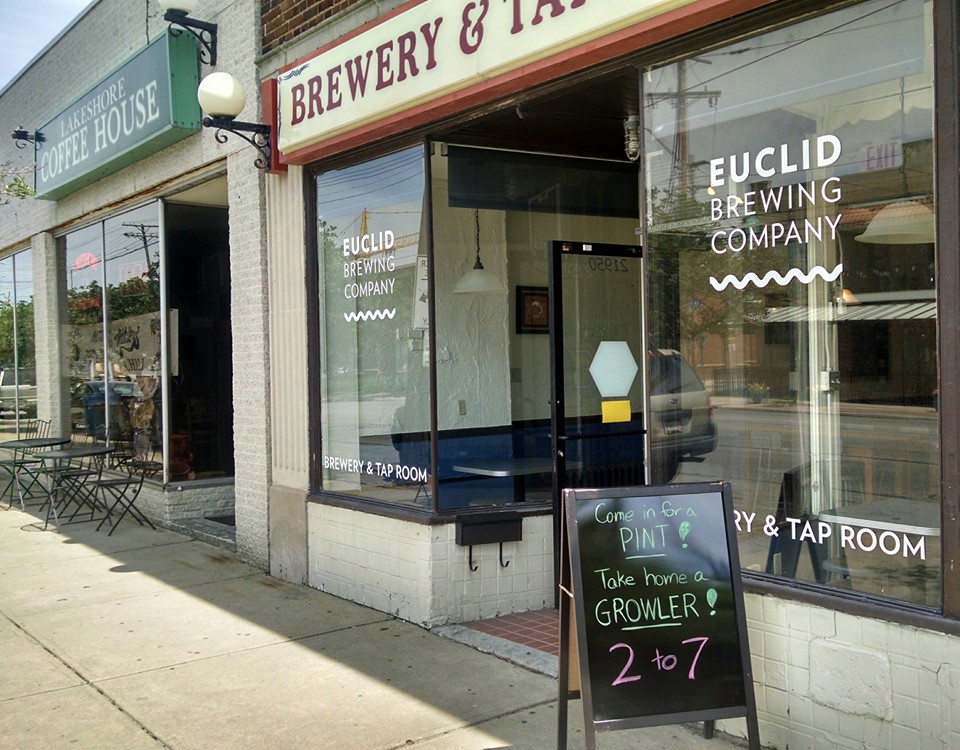