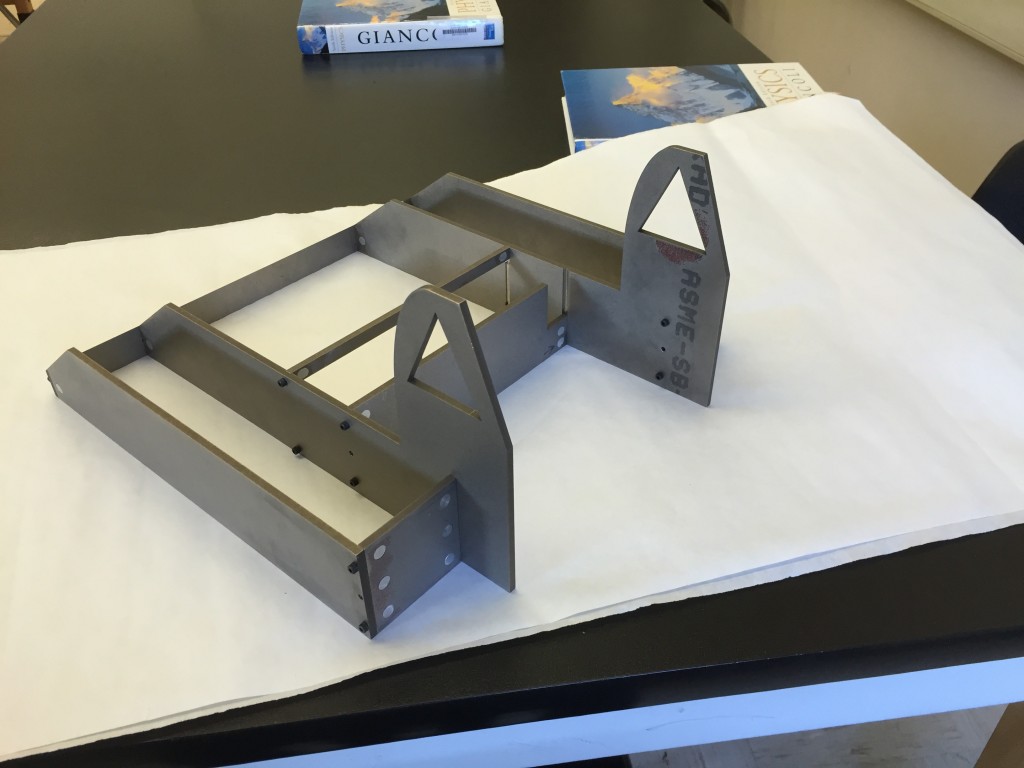 Courtesy of Maurice Kirkland, store manager at Home Depot, 877 E. 200th Street, Euclid, Ohio, and HGR Industrial Surplus, the Euclid High School Robotics Team now has all the tools it needs to finish building its competition battle robot that will go head to head with other local schools on Apr. 30 at Lakeland Community College. Home Depot donated $75 of community coupons for the team to use toward the purchase of tools in the store; HGR covered the rest.

To date, the team has finished the frame and has about 90 percent of the pieces that go inside the robot. The frame is about six pounds, which the team plans to reduce.  The rest of the parts, without the weapon, come to about seven pounds. According to Bob Torrelli, Physics Department chair, “Since there is a 15-pound limit, the robot needs to go on a diet because the weapon is going to be more than two pounds.” SC Industries is machining the weapon, while Fredon machines the frame.

Torrelli says, “The excitement is growing, and the students have set a goal to have the robot fully assembled with the weapon by Mar. 1.  This will allow them almost two months to fine tune the robot before the competition.”