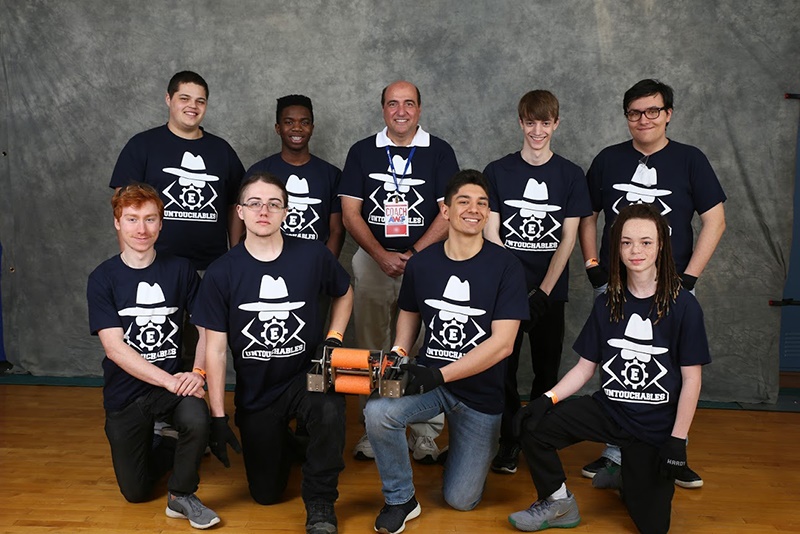 Euclid High School’s robotic team, The Untouchables, set out to improve on last year’s finish, and did they ever. On April 28, 2018, teams from all over Northeastern Ohio met to do battle at the AWT RoboBots Competition at Lakeland Community College. 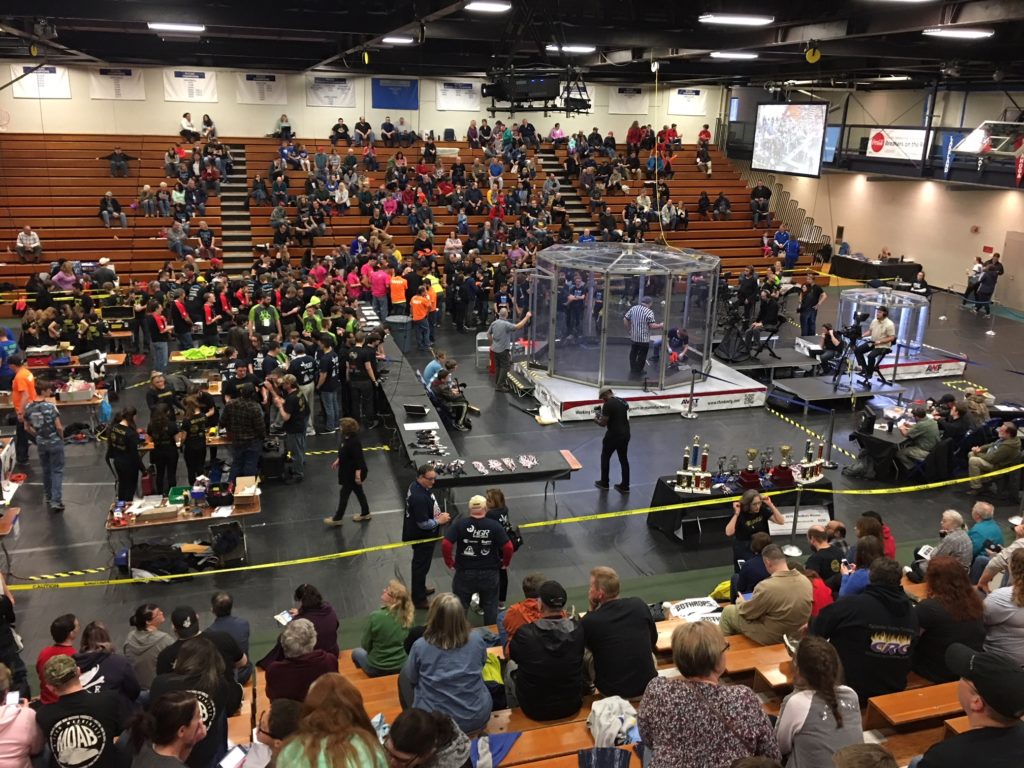 With last year’s bot suffering from lack of mobility, this year they put their focus into making their bot lightning fast. Their work paid off because their bot was considerably faster and more agile than its predecessor. Euclid didn’t have to wait long for its first win. Anxious for their bot to be battle tested, The Untouchables watched and waited as the other team didn’t bother to show up. While it was a victory, they still had no clue how their bot would do under fire.

After a short wait, it was finally time. The Wickliffe Metal Devils were their first opponent, and The Untouchables’ bot, Elliot Ness, did not disappoint. Euclid struck first sending the other bot two feet in the air. On the second hit, however, things took a turn for the worse. Euclid’s weapon hit with such strong impact that it destroyed the stabilizer bar on the top and sheared off bolts to attach it. The weapon was out of service but the match went on. The Untouchables used their mobility to repeatedly pin Wickliffe’s bot and leave with the win. The victory was short lived as they scrambled to put their weapon back together enough to compete.

Next up was a tough Mentor team that was all business. Not knowing how their weapon fix would hold up, Euclid went into battle without reservation. The first hit changed it all by knocking the weapon back offline. Mentor took advantage of this and attacked swiftly, which caused The Untouchables to blow the horn and call the match in order to not cause further damage to the bot. The back plate was knocked off, and it left the motors exposed. Continuing that match was not an option.

The team went back to work to try and repair the bot by any means necessary. After their loss, Euclid was put in the loser’s bracket in a match against Riverside by using their speed and agility, but the weapon still wasn’t working. They advanced to the semi-finals in the loser’s bracket where they lost decidedly to last year’s champs, the A-Tech Machinist. Overall, it was good showing for an up-and-coming team who is more than capable of finding their weaknesses and fixing them for the next year.

In the end, the victor was Cleveland Heights High Schools robotics team. They received a $250 award check for first place from HGR Industrial Surplus. 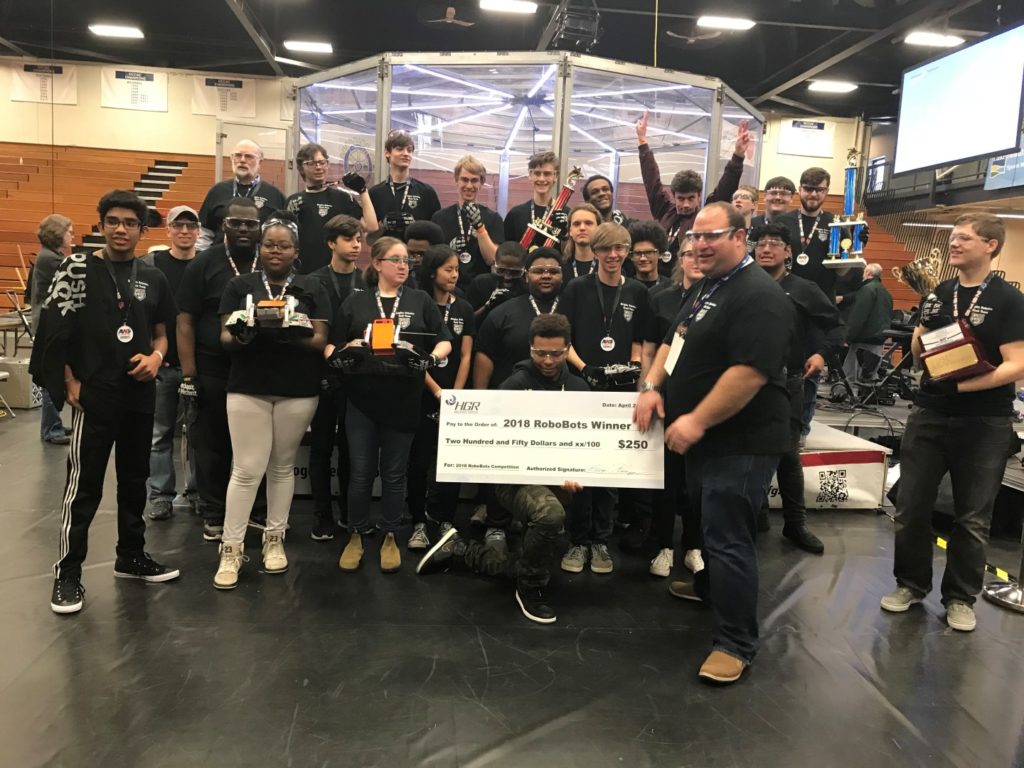 We look forward to next year’s competition!