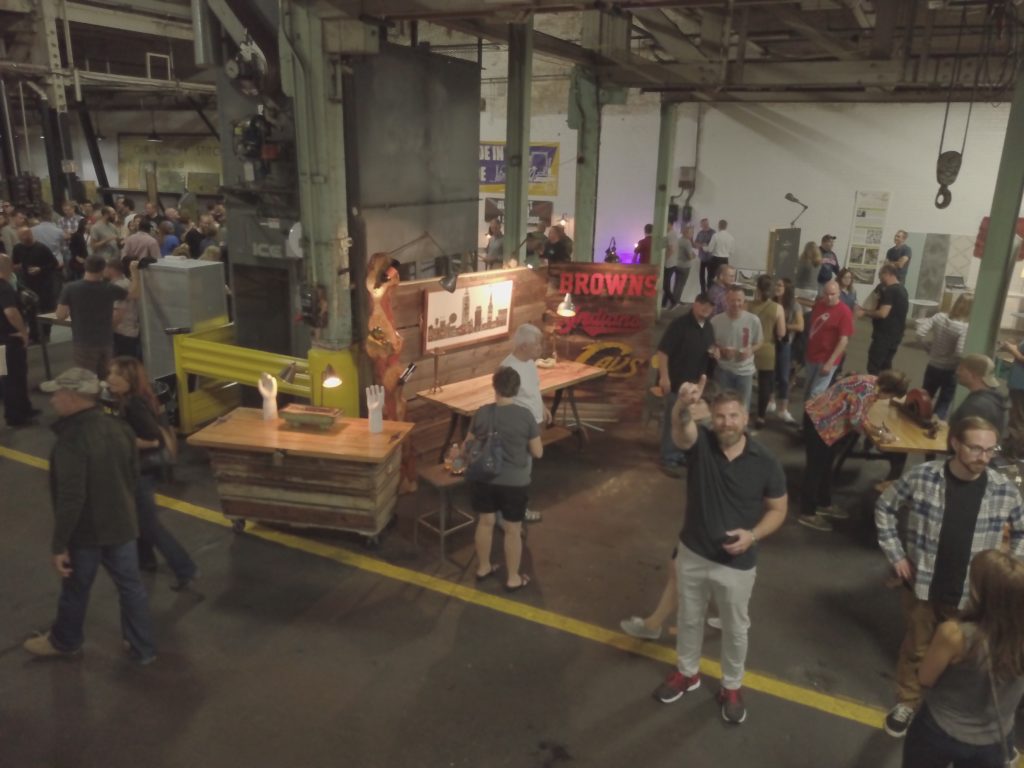 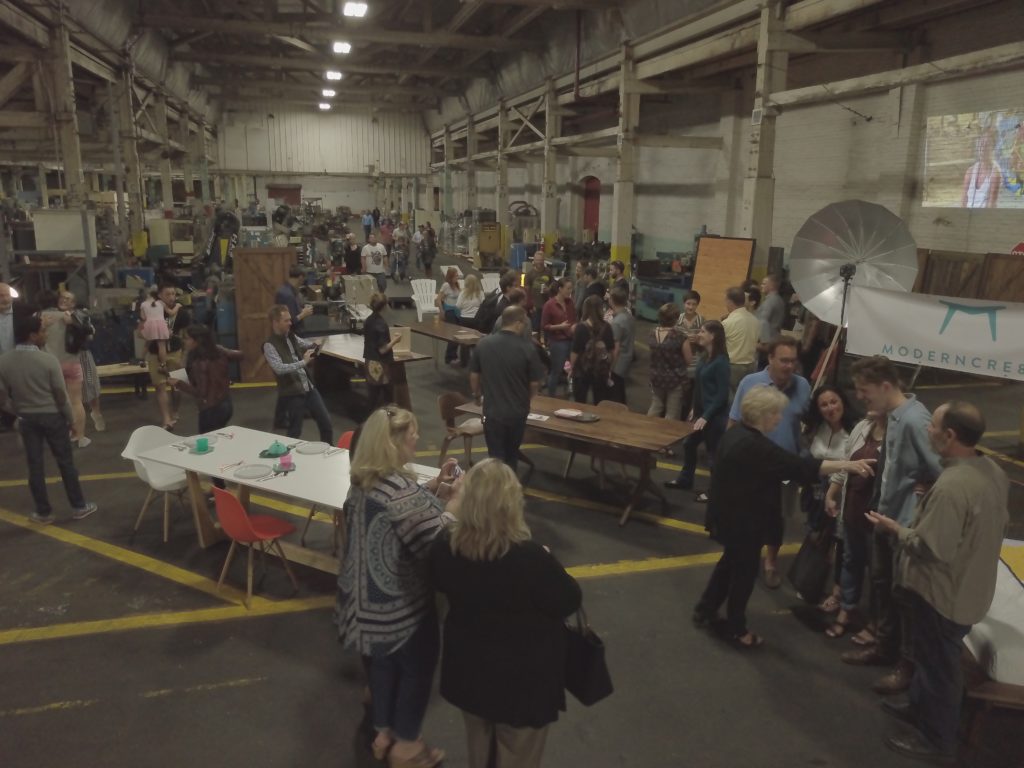 HGR hosted the ninth-annual F*SHO on Friday, Sept. 15. This free, community-oriented event gives local builders, designers, and artists a chance to show members of the public the products of their furniture-making skills. And maybe sell a few items and inspire some future craftspeople along the way.

More than 2,000 people attended this time around where, in addition to rubbing shoulders with these talented artists, they also got a chance to check out HGR’s inventory. The evening was a celebration fueled not just by the furniture, but also by the free beer from Noble Beast Brewing Co., the free food from SoHo Chicken + Whiskey, and a live DJ.

The organizers, Jason and Amanda Radcliffe of 44 Steel, brought the 2017 F*SHO to HGR, keeping alive their tradition of finding a new location for each show. “It started out as just a couple people showing furniture back in 2009,” Jason says, “and now, look around!” It was difficult to tell what excited Jason the most. He marveled at the age of the still-sturdy wooden beams that held HGR’s roof up just as much as he did the sight of so many people walking through HGR’s industrial setting.

The F*SHO has undergone a sizable expansion, growing from five designers in the first year to thirty-three this year. Jason said that he never thought it should be too formal. He didn’t want it to be your standard booth setup. Instead, it should be something organic that grows naturally from the creative people who make it happen. HGR, with its rugged backdrop featuring its industrial surplus, made for the perfect venue.

“HGR is doing a great job with this space. They brought this building back—revitalized it. This is great for the city,” Jonathan Holody, the director of the Department of Planning and Development for the City of Euclid, says. He was there to mingle with attendees and share Euclid’s storied history. “A lot of the manufacturers in the area rely on HGR. It’s great to see this event attract people from all around the area to Euclid.”

This year’s F*SHO also represented a celebrity reunion of sorts, comprised of those who have earned fame in the world of furniture design. In 2015, Jason competed on the Spike TV show, Framework, which was hosted by hip-hop superstar Common. This reality TV outing pitted 13 designers against each other in a Project Runway-style face-off. Notably, two of the top three finishers in that competition call Northeast Ohio home. Jason finished third, while Akron-based Freddy Hill of Freddy Hill Design took second. There were no hard feelings though, as the first place finisher, Jory Brigham of Jory Brigham Design, traveled all the way from his home in San Luis Obispo, Calif., for the F*SHO. They also were joined by fellow competitors Craig Bayens of C. Bayens Furniture + Functional Design Co. from Louisville, Kentucky, and Toledo-based Lacey Campbell of Lacey Campbell Designs.

This gathering of friends and colleagues made HGR and Euclid the center of the cutting-edge furniture design world for the night of the F*SHO. And the large public turnout helped to ensure that there was plenty of inspiration shared with the next generation of designers who will call this area home. 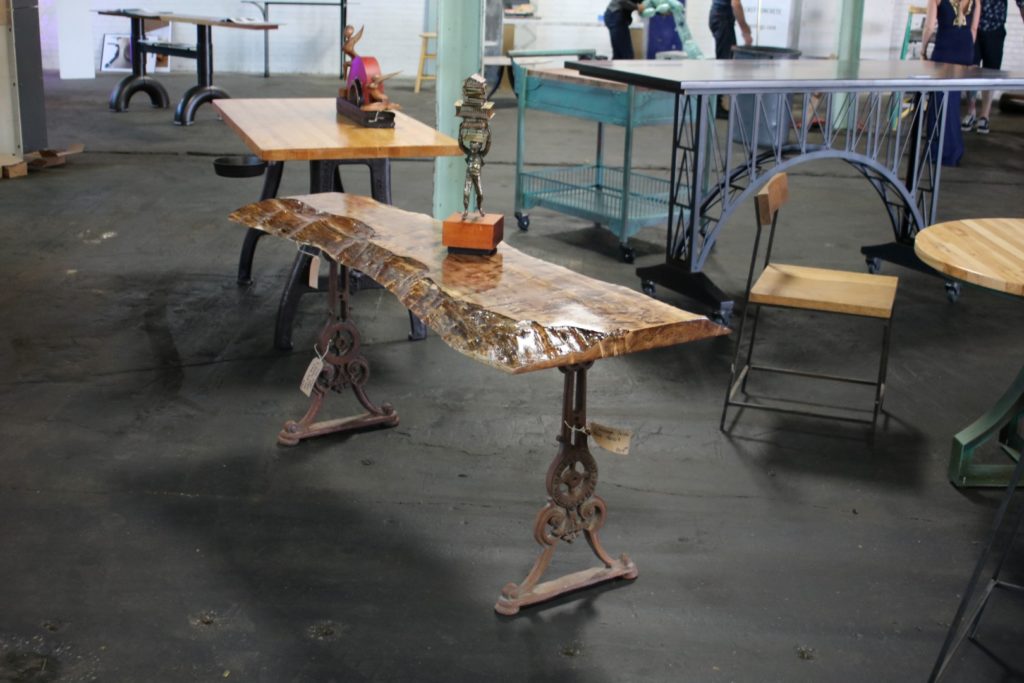