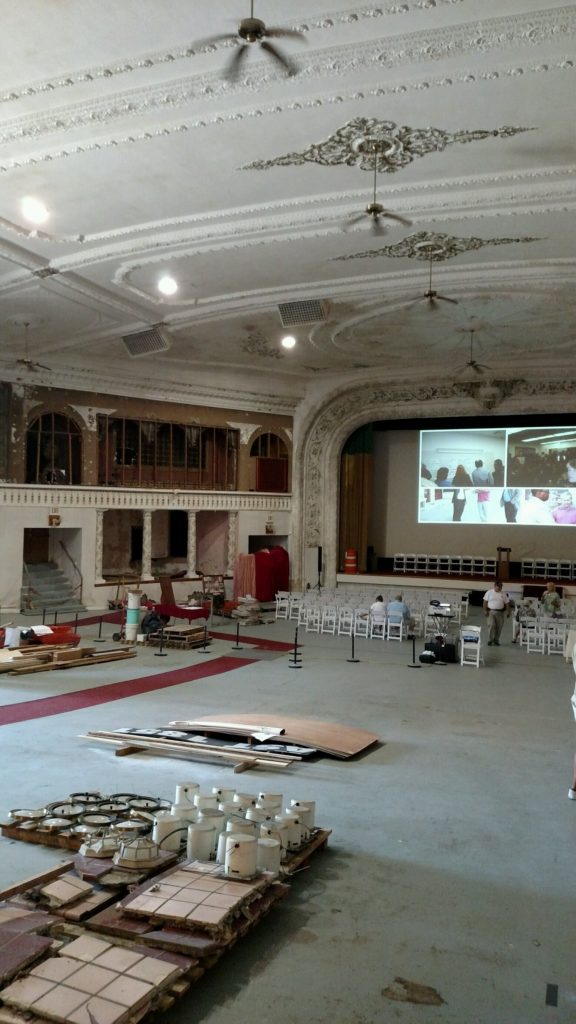 Picture this: an old theater built in 1927 for Vaudeville acts that existed until 2008 but did not survive the Great Recession being redeveloped in nine months into a thriving media center, music and arts space, banquet center, storefronts and apartments. Now, make a wish and watch it come true due to the hard work of Brian A. Friedman, executive director, and his crew at Northeast Shores Development Corporation.

According to Friedman, “The county made the initial loan to put us into a position to proceed.” Due other investors, the development company was able to raise the funds, to the tune of $4.1 million, in order to preserve this historic theater for generations to come.

It will serve as the anchor to “Made in Collinwood’s” makers corridor, similar to how the Beachland Ballroom anchors Waterloo Arts, or the Capital Theater and Cleveland Public Theater serve as anchors for Gordon Square.

The most interesting part of the event was hearing from some of the future users of the new space. Chris Winters of Taste of Excellence will offer catering services. Jason and Danielle Tilk of Wizbang Pop-Up Theater and Cabaret will offer Vaudeville-style variety shows and a possible circus school. Former Euclid Mayor and current President of Villa Angela-St. Joseph High School Bill Cervenik announced that the school will use the theater for its Drama Department and productions.

Yes, Welcome to Collinwood! It’s on the rise again. And, soon, you will be entertained.