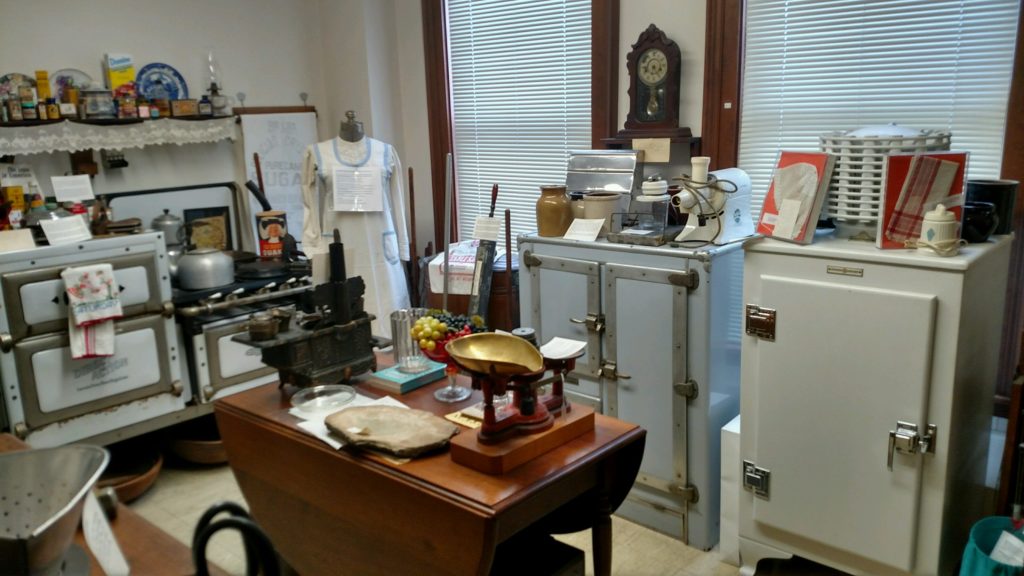 Located in the former 1894 Euclid Township High School at 21129 North Avenue, the Euclid Historical Society and Museum opened in 1984 when the historical society, founded in 1959, relocated from the Henn Mansion to its current site. It contains room after room of treasures that take you back in time to The Victorian Era and even earlier, a time when inventions were revolutionizing industry and society.

John Williams, society president since 2000, and Diane, a volunteer, led me around the place with pride. Williams is even the author of the 2003 book A History of the City of Euclid. He is a resident expert since 1951, storyteller and joke cracker. I had a smile on my face the entire time.

This is the kind of place you could go back to over and over and see something new that you missed before each time. Some of the many unique items include:

For me, one of the most fascinating exhibits was Dr. Cunningham’s 1928 Steel Ball Hospital that stood seven stories and had 28 suites. It was commissioned by Henry Timken at a cost of $1 million. Its premise was using air compressors to force in high-pressure oxygen to treat and cure diabetes, emphysema and lung cancer. This was the original bariatric (hyperbaric) chamber. It was used by Cunningham until 1934 then by James Rand as a research institute then as a hospital for a year. It was sold for scrap during World War II.

So, if you need a dose of local history, a walk back in time, or even just a laugh, stop by and pay Williams a visit. You won’t regret it. The museum is open Tuesday through Saturday from 1 p.m. to 4 p.m. While you are in the area, visit the nearby Cleveland-Style Polka Hall of Fame or stop in to HGR Industrial Surplus for a tool, equipment, supply and machinery wonderland. You never know what you will find here, either.