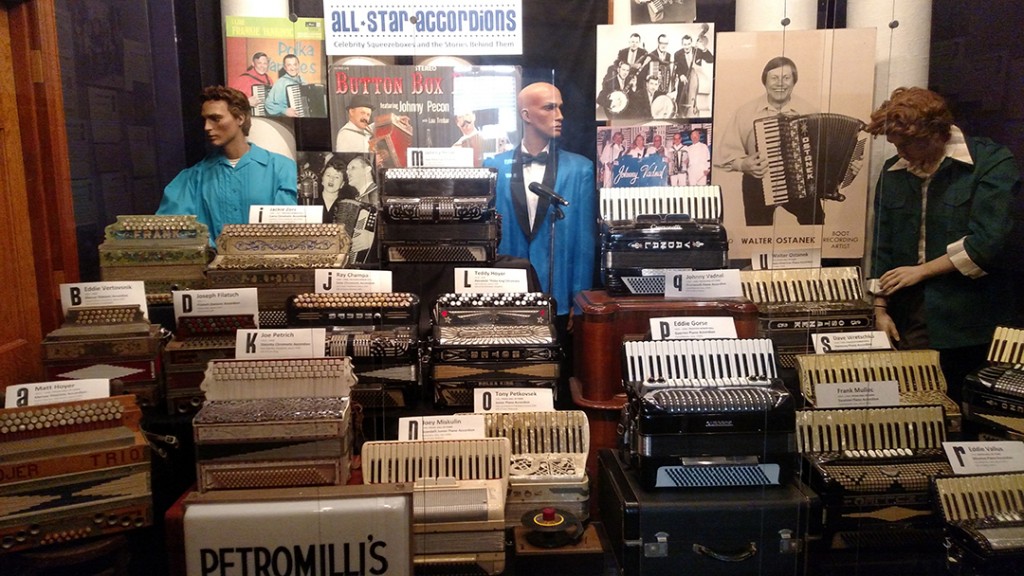 The National Cleveland-Style Polka Hall of Fame, 605 E. 222nd St., Euclid, Ohio, is housed in a beautiful, elegant, historic building that functioned as the former city hall. Within its walls are rooms full of polka memorabilia, including lifetime achievement awards and photos, interactive audio displays with historical information, and a video viewing area. The highlight of the collection is a room dedicated to vintage accordions, many inlaid, which were owned by famous polka kings. You can read about them on wall biographies then browse the gift shop that houses the country’s largest collection of polka CDs, recipe books, records and other souvenirs. If you are interested in live polka events and festivals, there is a rack of information that you can take with you to mark your calendars. 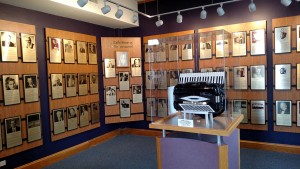 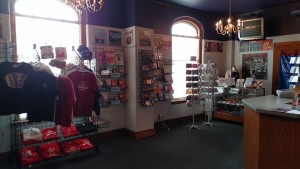 The Polka Hall of Fame was organized in 1986, the same year The Grammy Awards introduced an award for Best Polka Recording that went to the late Euclid resident Frankie Yankovic, and, coincidentally, the same year that Cleveland was selected as the location for the Rock and Roll Hall of Fame. It was a big year for music in Cleveland!

What differentiates “Cleveland-style” polka from other kinds of polka music? According to Joseph Valencic, founding trustee, historian and museum director with the Polka Hall of Fame, Cleveland-style was developed about 100 years ago as an American style of dance music based on folk music brought by Slovenian immigrants. The music mainstreamed after World War II when people were looking for feel-good dance music. Its heyday was 1949-1960, but it is experiencing a new boom, as well as an accompanying accordion revival. Valencic attributes this to young musicians rediscovering the music of their grandparents.

The museum is open Tuesday, Wednesday, Friday and Saturday 11 a.m. to 4 p.m., and admission is free. There currently are 1,300-1,500 global members. Valencic shares that polka is a cult sound in the Netherlands, and the Dutch usually come for its annual Sausage Festival. Busses of Canadian tourists also have visited. As Valencic says, “It’s America’s good-time music, and we’re here to celebrate it.” 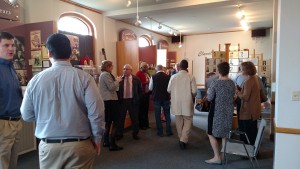 But, Cleveland-style polka music obviously has become the world’s good-time music. And, on March 10, it was the music for The Euclid Chamber of Commerce’s Coffee Conversations series. Each month, the chamber has an hour meet-and-greet at a different area business so that members of the chamber and of the community can network at a venue they might otherwise not have known about or had the opportunity to visit.

Take a listen to Yankovic playing Cleveland the Polka Town and have a good time polkaing around the room. It’s as easy as 1-2-3.