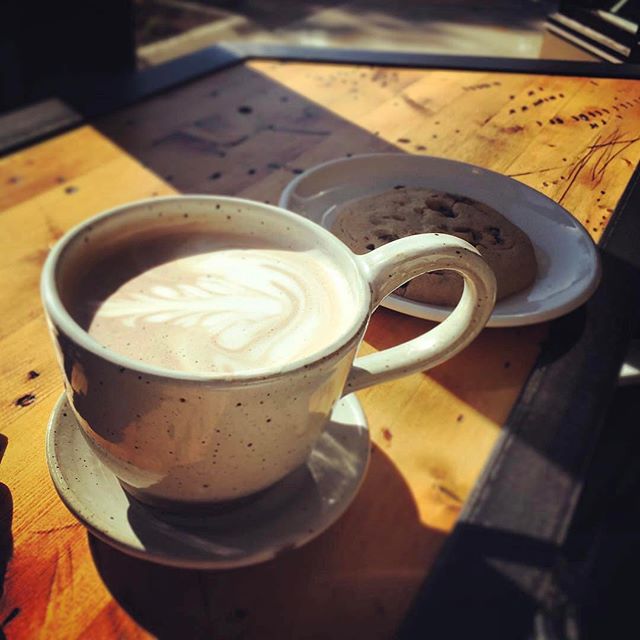 On Oct. 3, the Euclid Chamber of Commerce will be hosting its  next “Coffee Connections” at HGR Industrial Surplus, 20001 Euclid Ave., Euclid, Ohio, from 8:30-9:30 a.m. Chamber members and members of the community are welcomed to attend for complimentary coffee, pastry and a tour of HGR’s 500,000-square-foot showroom and newly renovated sales and administrative offices that are furnished with one-of-a-kind furniture, fixtures and accessories made by HGR customers Jason Wein of Cleveland Art, Aaron Cunningham of 3 Barn Doors, Larry Fielder of Rust, Dust & Other 4-Letter Words and Industrial Design Student Brenna Truax.

Registration is encouraged but not required on euclidchamber.com/events.

This is a great opportunity to network with other local business leaders and learn about a Euclid business and what it does. HGR’s showroom always is open to the public during HGR’s business hours and includes new and used manufacturing equipment, industrial surplus, tools, machinery, construction supplies, and office equipment and supplies. HGR buys and sells, literally, anything and serves as a conduit between customers looking for affordable, used machinery, equipment and supplies and manufacturers hoping to recoup some portion of their initial capital investments. 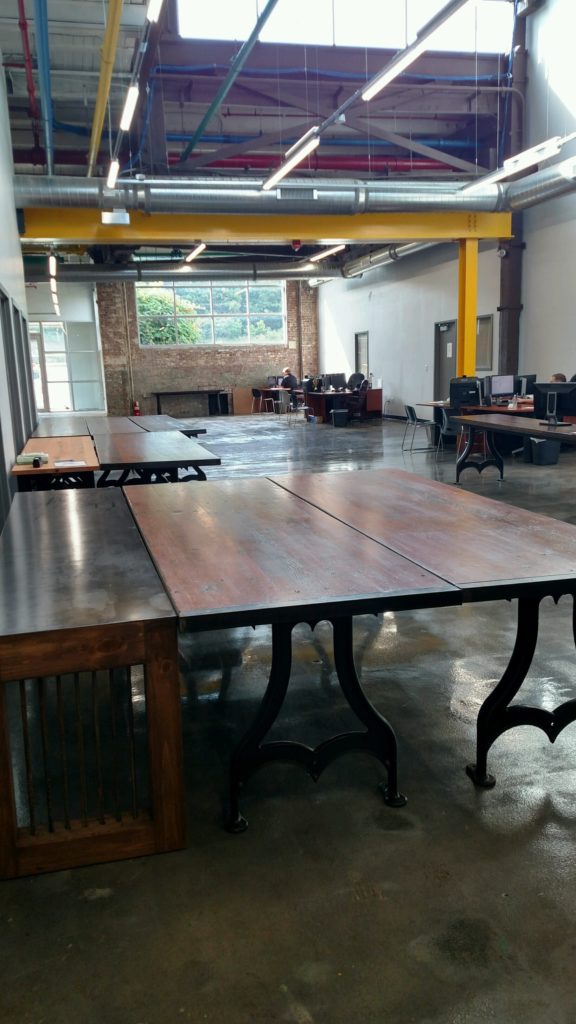 If not, you’re in for a surprise; so come by for a visit if you’re in the area. If you have stopped in recently, you may have been one of the people walking through the office who exclaimed, “Wow, this place has changed. How spacious. Cool tables.”

Turner Construction is putting the finishing touches on the front-office renovation. The entire area was gutted and rebuilt. We now have a large, welcoming reception desk, more room to move and amazing sales desks made by Jason Wein of Cleveland Art. There are new and larger restrooms, additional offices for staff, a nice conference room, and a new customer lounge and showroom entrance.

We’re still working on the art and furnishings, but you’ll notice that we went with an industrial design to stay in alignment with our business model and the history of the facility.

We want to thank you for your patience during the renovation, especially with trekking to Aisle 6 for the bathrooms. Don’t feel bad, the sales staff was in the same boat.

Some of the best times to visit include sale days on the second Saturday and fourth Thursday of every month or during our Wednesday free lunch (cookout in the summer and pizza the rest of the year).

We hope to see you soon! 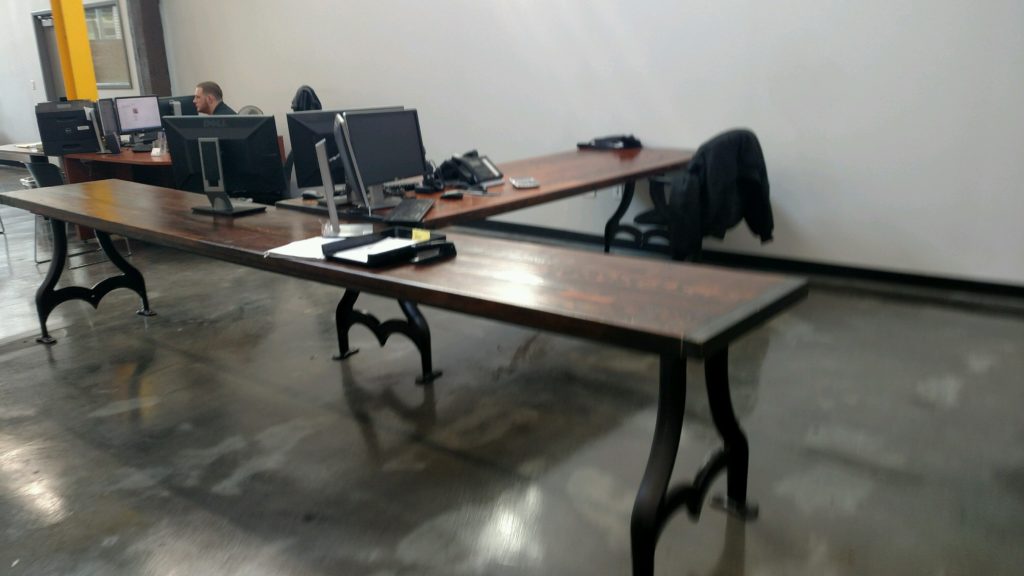 We talked with HGR Frequent Shopper Jason Wein of Cleveland Art about his life as an artist, his philosophy and his connection with manufacturing. If you visit HGR’s new offices located at the rear of our existing building, you will see tables, chairs, signage and decorative items that he made. Since his work is owned by famous Hollywood stars, such as Ellen DeGeneres, Gwyneth Paltrow and Steven Spielberg and is featured globally, including the Timberland store in London, we are honored to have his work in our building. If you’ve ever visited us on a Wednesday for lunch and sat at the tables with built-in stools or at the computer terminals in our customer lounge, you are sitting on and at Jason’s creations. You can see a glass bowl in our new offices that is just like the hundreds he blew for Spielberg to use as ice buckets and to give out as gifts at his parties.

When asked about how he got his start as an artist, he says, “I have dyslexia really bad. As a kid of about eight years old, I embarrassed my parents when I garbage picked bicycles and went to abandoned industrial buildings. I always had busted knuckles from working on cars, garbage picking and making furniture. My teachers told me that I wouldn’t make it in anything and were abusive, but then a high-school art teacher told me that I was talented and encouraged me to follow a career in art rather than a mechanical career. I went to Kent State University for a year but the teachers didn’t like how I was doing things; so, I went to Alaska to get inspiration from ice and water for my blown glass.”

He was born in New Jersey, lived in Cleveland since he was 10 then lived in Alaska for many years and didn’t think that he would leave, but, since his art is inspired by The Rust Belt and he wanted to raise a family, he came back to Cleveland, and here he remains. He is married with two sons: one 18 years old at Ohio University where he majors in film writing with a minor in marketing, the other 14 years old who wants to make money and may work with his uncle’s bank.

Jason shops for materials and makes everything in Cleveland then ships it to his 10,000-square-foot Los Angeles gallery to sell. He also makes pieces on commission and for architects and designers to furnish to their clients. In Cleveland, he blew an 80-foot glass chandelier and made furniture for The Metropolitan at the 9, Cleveland’s only five-star hotel.

About his inspiration, he says, “Most people don’t look at a bridge as a piece of art, but it is a perfectly balanced piece of art. It is the epitome of art. The reason I chose to do the project for HGR is because I walk in HGR the way people walk in parks to get inspired by trees. I get inspired by machines. I’ll see a machine that three people spent their lives behind. Their initials are carved into it. You can see their fingerprints and wear marks on the seat. These machines tell stories. The people who made and worked at the machines are artists and never got recognition for building our country. Those machines cost more than a house, and factories had 50 machines in one room. Now, one person can operate several CNCs and take over a whole factory of people. In a time where we have time, we don’t have time anymore with cell phones and computers. People spent their lifetimes punching holes and slicing metal; they did one thing, and that’s all they did. Machines look like beautiful prehistoric creatures. And, there’s no place in the world like HGR where you can see 10 acres that are a sign of the past when things were made quality. The drill presses there will outlive you, but a new one is disposable.”

He started out bartending from age 19 to 22 to subsidize the art. He says his background is in garbage picking and buying junk, art and antiques. He mainly makes functional objects, such as lights, tables and shelves but, lately, has been getting into some sculptural stuff like the interior and exterior lighting, outdoor sundial and globe sculpture at One University Circle, a five-star, high-rise apartment tower in Cleveland. He uses wood, metal and glass, more natural materials, not those that are synthetic or manmade, like plastic.

He learned about HGR because he used to drive around neighborhoods in Cleveland looking for old buildings to get claw-foot bathtubs. He took 40 of them with him to Alaska. That’s how he met the HGR guys — when they worked at McKean Machinery and he was a customer. HGR CEO Brian Krueger was his salesman. When they left McKean to form HGR, Jason followed him.

I asked Jason if he is considers himself a maker or upcycler. He says, “We were doing it before it was cool. When I started in the 90s, it wasn’t cool. People didn’t want “used” stuff. In 1994, I got the marble bathroom stalls and bronze gargoyles and dragonflies from Terminal Tower and some barn stalls. I used them with stone and marble to make shoe-shine stands and clock faces. People were convinced they were antique clocks. I bought camouflage, combat boots, trench coats and Levis from the U.S. Army and from thrift stores to sell to high-end stores in New York City. The full name of my company was Cleveland Art and Antiques. I started out in hiding as an antique dealer so people didn’t think I was an upcycler.” 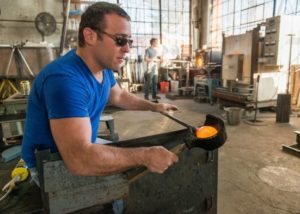 I asked him what he does when he’s not making art. He doesn’t. He says, “I live, breathe, think and dream it. I like to work.” He also shared his insights about manufacturing trends that affect his work. He says, “For my business, the technology we use is old and outdated. It’s handmade and handcrafted. I pay 20 percent of my employees’ wages to the Ohio Bureau of Workers Compensation. As a small business I struggle to stay afloat then large, chain hardware and home furnishing companies steal my designs and farm them out to India for $3-4/week in wages to make what I make for pennies on the dollar. It’s hard to be competitive; so, I’m always changing my designs and have to sell to the top 2 percent of the population because the stuff I make is expensive. I never wanted to be restricted to who I sell to but it’s hard to sell to a regular market with cheap imports.”

His advice to aspiring artists and makers? “For anyone who goes into the arts, people told me you’re so inspiring and that they wanted to go to school for glass or furniture making. I would tell them to go to school for business and minor in art. They need the education in the business end of selling their art. They need to be a good buyer, seller and smart manufacturer. There are so many hats you have to wear. A lot of people blow glass and are color blind and try to use color but don’t understand color. So, I do clear glass and can have every color of the rainbow in it. I understand what sells. It’s a very difficult way to make a living.” 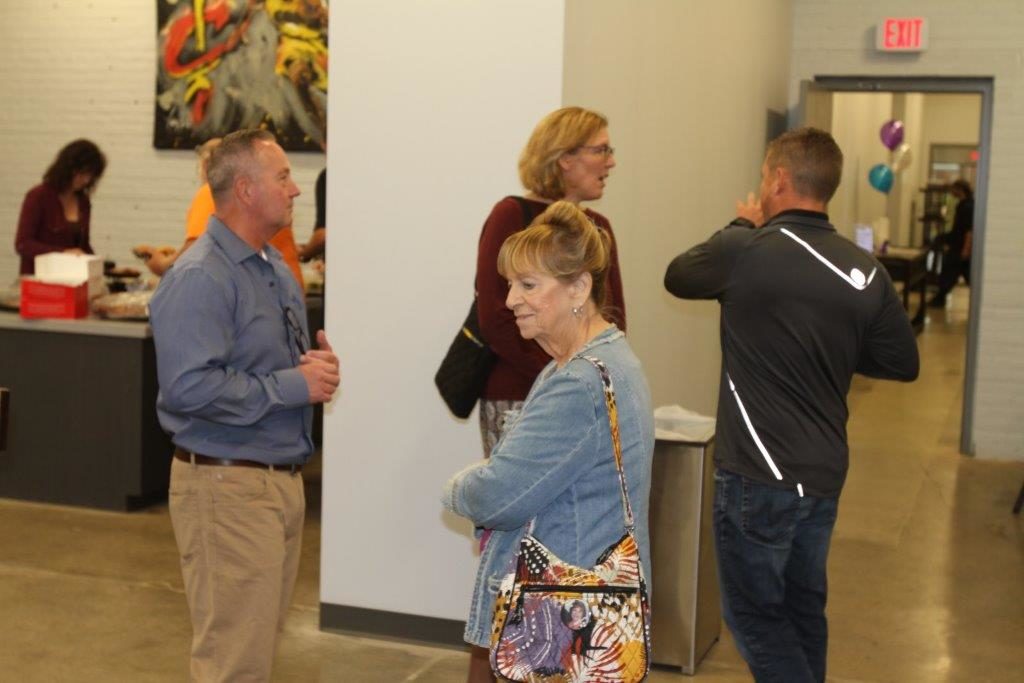 On Oct. 20, HGR Industrial Surplus hosted an open house and luncheon for its partners, community leaders and long-time friends to unveil a more-than-$1.2-million renovation. If you’ve never been to the back of the building, now you have two reasons to drive around: to visit the NEO Sports Plant and the new operations offices for HGR.

The open house ran from 11 a.m. to 1 p.m. and included a self-guided tour of the space, a luncheon catered by Chick-fil-A, and a meet and greet with HGR’s partners and long-time customer Jason Wein of Cleveland Art who made the signage, art, lamps and furniture in the area. It’s worth a stop by just to see his work!

Next on the list of upgrades? A façade/entry improvement, landscaping and parking-lot resurfacing outside this new entrance at the back of the Euclid showroom facility. 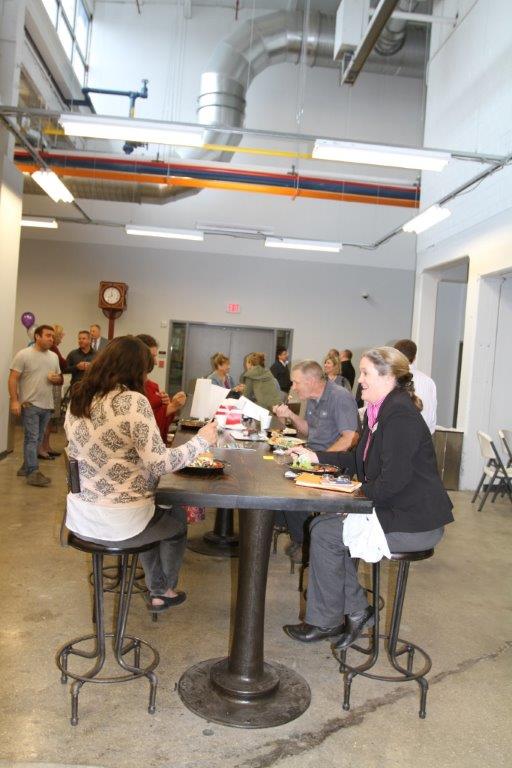