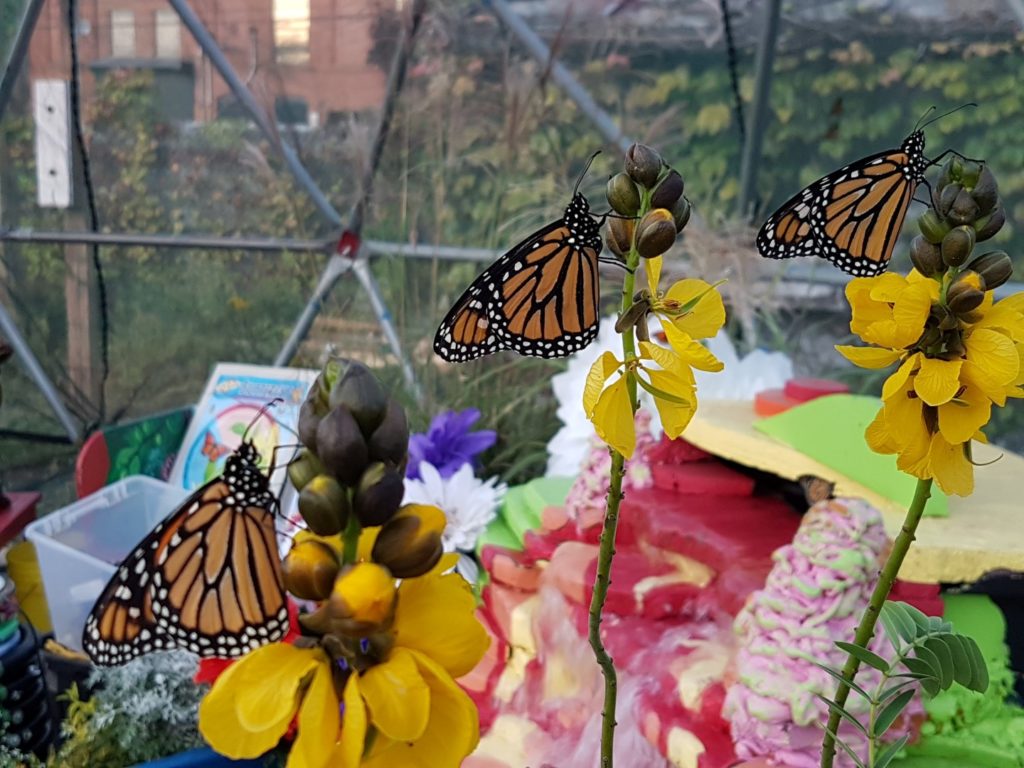 HGR was a Showcase Sponsor for the 13th-annual IngenuityFest held during the weekend of Sept. 22-24. The event took place at the Hamilton Collaborative for the second year. This site, formerly known as the Osborn Industrial Complex, is in the St. Clair-Superior neighborhood of Cleveland. IngenuityFest is a weekend-long celebration that aims to provide a forum for artists and entrepreneurs to share their creations and their innovations with members of the public all while fostering a strong sense of community. 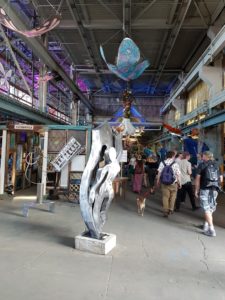 The theme for this year’s IngenuityFest was “Metamorphosis.” There were visible representations of this in the form of giant butterflies constructed by artists out of various media, as well as actual butterflies brought in for the enjoyment of attendees by an organization called the Butterfly Dome Experience. But the idea of metamorphosis went beyond just the biological meaning of the word. The venue itself was a symbol of this transformation.

The Osborn Industrial Complex once housed the world’s largest manufacturer of industrial brushes, but the facility was closed in 2004 after the Osborn Manufacturing Co. was bought out. New businesses such as Soulcraft Woodshop, Inc., Skidmark Garage and 3 Barn Doors have recently moved in and transformed the site into a collaborative space where the new tenants can share resources and ideas.

Considering this, it is fitting for HGR to support IngenuityFest. The building that houses HGR had once been a manufacturing center, first for airplane parts during the Second World War, and later for the production of auto bodies for General Motors. In this case, HGR, one driver of metamorphosis, has helped to usher in another.

HGR’s commitment to revitalization and community extends even further afield. Earlier this month, HGR hosted the F*SHO, an annual event that gives local designers and furniture makers a chance to present their creations to the public. During the show, HGR invited the organizer of the event, Jason Radcliffe of 44 Steel, as well as fellow craft houses 3 Barn Doors and Rust, Dust & Other 4 Letter Words to each pick out items from HGR’s inventory of industrial surplus. HGR then donated these items to the builders so they could each make a unique piece of furniture, which they did, live, at one of the displays open to the IngenuityFest attendees. These creations are being displayed in HGR’s sales office and will be auctioned off between Oct. 4 and 13, with the proceeds going to benefit an arts foundation in Houston that will help those affected by Hurricane Harvey. 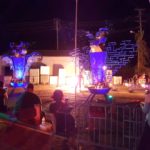 Among the other attractions at IngenuityFest were five stages, each featuring various performers — from rock bands to bellydancers. One section of the outdoor part of the show featured the Firebirds, metallic beasts whose innards blazed as they stared down at onlookers while jugglers tossed flaming objects to each other beneath them (at a safe distance from the audience, of course). There were numerous vendors selling their handcrafted jewelry, and other artists displaying works in various media, from drawings to metal sculptures.

One of the most unique displays at IngenuityFest was the 1000 Faces Project created by Artist Nelson Morris. This work, which was two years in the making, featured 1,000 faces cast in concrete, each one modeled on the visage of an actual member of the Northeast Ohio community. People of different ages and backgrounds were represented to show both the value and depth of diversity within our region. 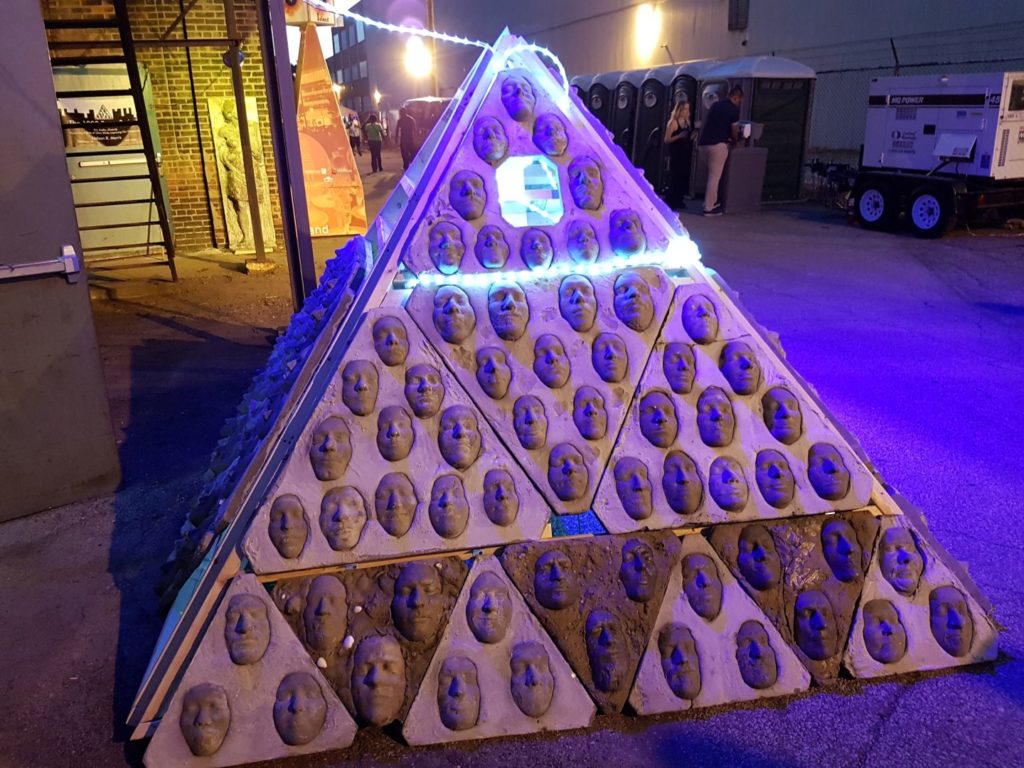 Please check out and bid on the handcrafted furniture through a link here at hgrinc.com.