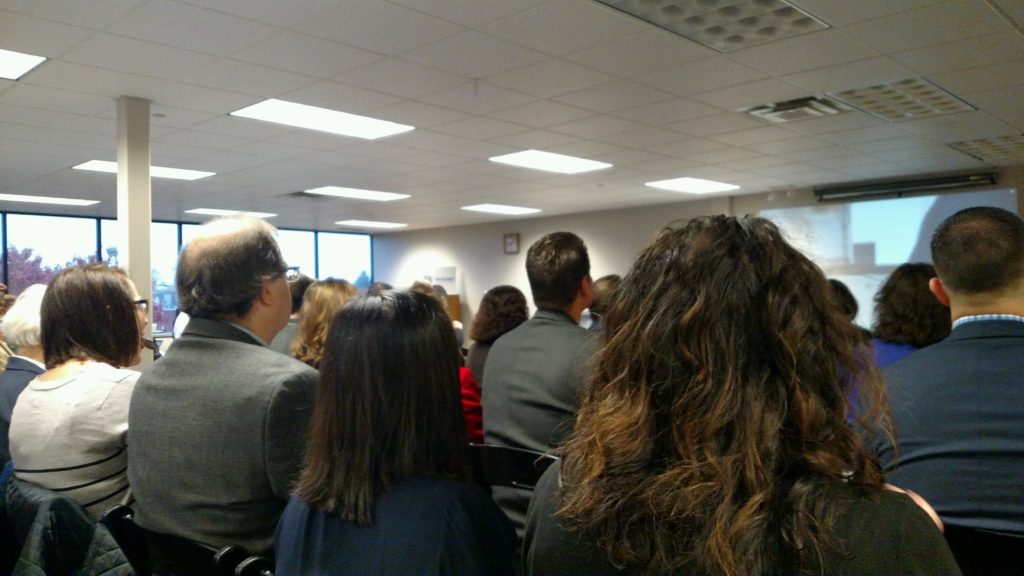 On Nov. 16, 2016, MAGNET: The Manufacturing Advocacy and Growth Network, in conjunction with PNC Bank, presented its 2016 State of Manufacturing: Important Trends Affecting Northeast Ohio Manufacturers at Jergens Inc., 15700 S. Waterloo Road, Cleveland. There was standing room only as manufacturers and service-industry representatives arrived to hear presentations by Rich Wetzel, Youngstown Business Incubator, on the state of additive manufacturing and Dr. Ned Hill, The Ohio State University’s John Glenn College of Public Affairs and Ohio Manufacturing Institute, on manufacturing, the economy and the future.

In opening remarks, Paul Clark, regional president, PNC Bank, noted that “Thirty percent of PNC’s loan commitments in Northeast Ohio have been in manufacturing for the past 20 of 40 years.” These loans help manufacturers with new product development, new markets and acquisitions.

Last, Dr. Hill (if I had an economics professor like this in college, I might have liked economics and learned something) talked about the current uncertainty in the market due to the election but the positive increase in interest rates. He says, “Manufacturing is looked at nostalgically by the public since it’s gone overseas, and they believe we aren’t making things.” In 2014, although China was the top nation for manufacturing, the U.S. was a close second. He shared that the largest market opportunity in the world lies in the NAFTA nations. He did a retrospective and shared that manufacturers were always in the top 10 employers in Ohio but now the reality is that part-time, low-wage jobs in healthcare, retail and food service have become the mainstay. In that reality, he says, “Midsized companies will be driving this state.”

Another trend he discussed in depth was automation. Since 1979, we lost almost 5-million factory jobs but at the same time more than doubled the value due to productivity. In addition, he shared statistics that we have lost 13 percent of factory jobs to trade and 88 percent to automation and continuous improvement, and that robotics is expected to reduce labor by another 22 percent in the U.S. He asked the audience to consider how many jobs technology has saved rather than lost. The U.S., for the first time in recent years, is a threat to China due to its quality, efficiency and improved internal supply chain. He says that when manufacturing can 3D print a die, it will save 20-30 percent and can compete with China. And, as much as we would like to believe that manufacturing powers the economy, it’s actually powered by consumers who do 70 percent of the spending. They are buying the products we manufacture!

Finally, he acknowledged the present problem of aging-out workers and the lack of a skilled workforce to replace them. He says manufacturing’s greatest enemies are parents, school counselors and OSHA, which limits workers under 20 from being on the manufacturing floor. We are losing talent to other industries. Let’s make these people our allies and work toward STEM education and a resurgence of interest in a field has evolved and shed its former stereotypical image.