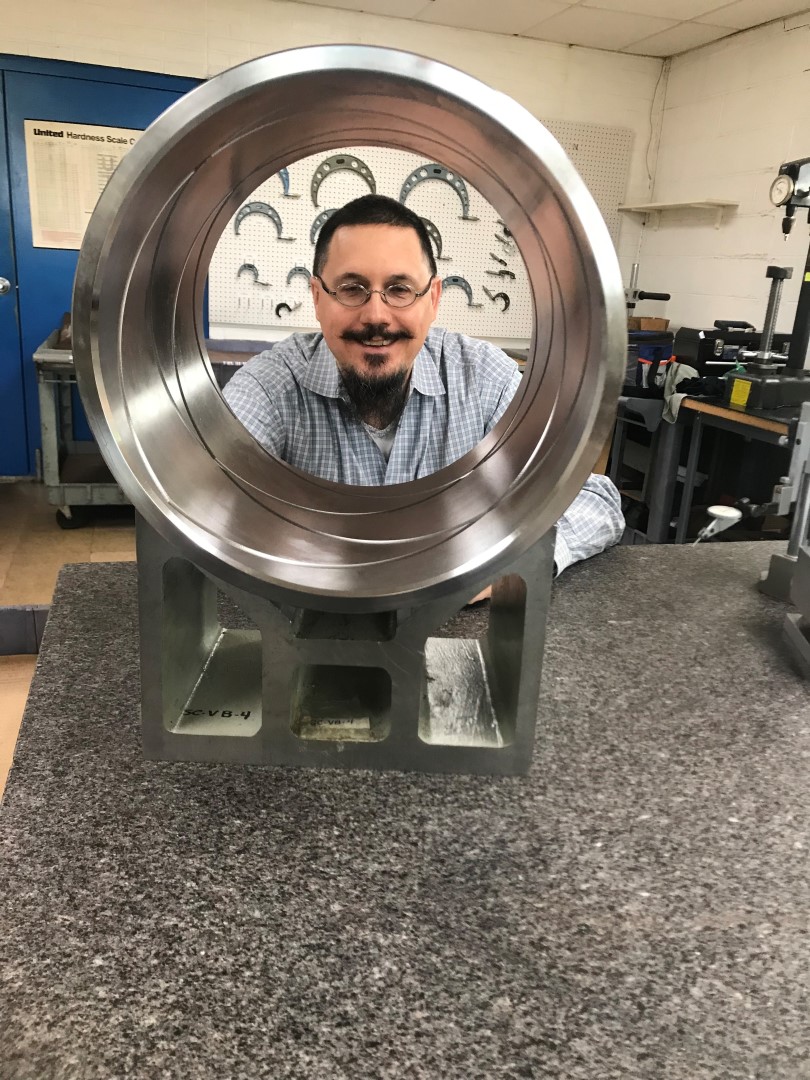 Timothy Lining, vice president and general manager of SC Industries, Euclid, Ohio is the husband of the founder’s granddaughter, Karla. Karla’s grandfather, Karl Schulz, started the business in 1946 with two partners on Luther Ave. near East 72nd St., Cleveland. It was then called Skyway Machine Products. Later, they moved to St. Clair Ave. and then to Euclid in the 1960s because the entire family lived in the area and, eventually, his children graduated from Euclid High School. In 1973, Earl Lauridsen, the founder’s son-in-law and Tim’s father-in-law, joined the company and remains the current owner and president. In late 2003, Skyway Machine was shut down, and it was planned for the company to be liquidated because of the downturn and difficult economic conditions. However, in early 2004, new orders started to return, and a new business was formed called SC Industries to handle new orders. Tim joined the company in 2004 to temporarily “help out” in the shop and has been coming back ever since. In late 2007, Earl’s partner and brother-in-law Ralph Fross passed away. At that time, Tim took over the front office.

But, his experience in the industry predates his employment at SC Industries. He’s worked in molding and machining since 1991, is a skilled CNC programmer, earned his degree in business management in 2007 and has taken additional CNC classes at Lakeland Community College. When asked why he went into machining, he says, “I like to do things with my hands and build things. When I was younger, I had a part-time job in a shop on Saturdays and liked it and the computerized machines, as well as the new technology coming in. I said to myself, ‘I want to learn how to run one of those things.’” His current role at SC Industries involves estimating, engineering, raw materials purchase, order entry and customer communication.

SC Industries manufactures precision, hardened-metal bushings and pins that are used in off-road construction, mining, transportation, printing, packaging and other industries. The company’s machinists precision machine steel, bronze, stainless steel and other metals to create bushings — a bearing or metal lining for a round hole in which an axle revolves. In simpler terms, according to Tim, “When you see devices where something is rotating, turning, or has a bending elbow, there is a pin and bushing, so that the bushing wears out from the friction instead of the equipment’s arm assembly. Then, it can be pulled and replaced.” The company also inspects the raw materials, heat treating and finished components to make sure that they meet stringent industry standards.

One of SC Industries’ biggest customers is Caterpillar, but their bushings and pins are used all over the world in digging equipment and in haul trucks that move loads of sand, pay dirt for gold mining, and rocks to crushers. The loads weigh more than 250,000 pounds, and the trucks are used in mines in Africa, Australia, Tasmania, South America, Canada and the United States. These are not the dump trucks that you see driving down the road. The tires alone on these are taller than a person. These bushings have to be heavy duty and range in size from ¾” to 16” in diameter by 12” long. 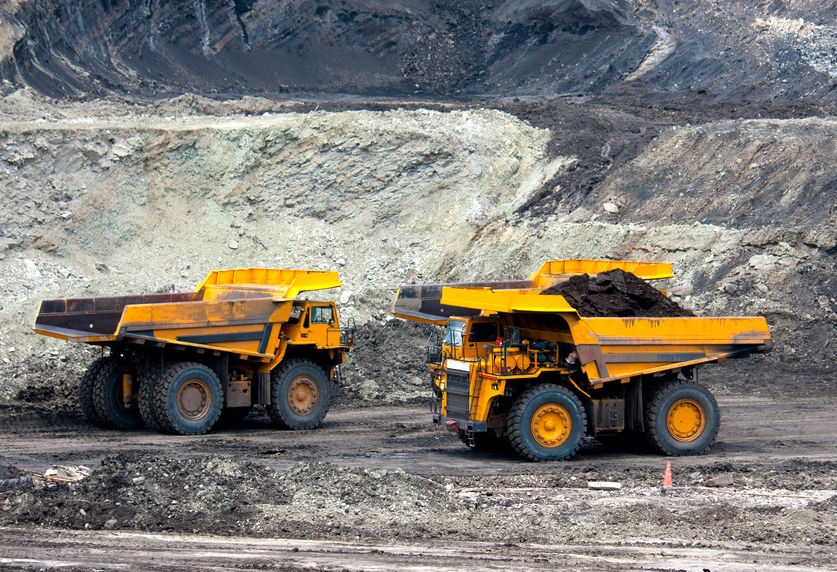 Twenty-five people keep the company running and orders going out, including administrative staff, a quality manager, a production manager, CNC machinists, grinding machine technicians, general labor and maintenance. Most of these employees have worked for SC Industries for many years. When Tim was asked what his greatest challenge is, he responds, as most manufacturers do, “Finding quality, new employees, but I’m willing to hire people with no experience and train them from the ground up in SC Industries’ way of doing things. We are fortunate to have a great bunch of employees.” He continues, “Years ago, the schools started pushing college prep and did away with vocational and technical training, but it’s coming back. In my son’s high school, he can take HVAC, CAD, CNC and four to five other technical trade courses as electives.”

With regard to the state of manufacturing in Ohio, he says, “Business is driven by the large OEMs (national or multinational companies). The success of small businesses depends on how they are doing, and right now they are all at full throttle. In the last year, orders have noticeably increased. When commodity pricing is driven down, mining grinds to a halt. So, certain policies help or hurt manufacturing, but we have a bright future now. In 2004, we had four or five CNC turning centers; today, we are up to about 15. One of our most recent additions gives us a nice jump in size capacity, and I’ve been told it’s one of the larger 4-axis turning centers in the area with capacity to turn 32 ½’ x 98” in length and more than 8” of Y-axis milling travel.”

In getting to know the man behind the machine, Tim was asked what inspires him. He says, “I’m a devout Christian who is inspired by Jesus, and I want to see God’s love lived out in people’s lives. The Golden Rule is how I treat my employees — the way that I want to be treated.” He also gives back to the community by machining the parts for Euclid High School’s Robotics Team’s competition battle bot, donating money to charitable organizations and being a member of the Euclid Chamber of Commerce.

He also cares about the environment. He invested in LED lights and air cleaners/mist collectors for the shop. He switched from heat blowers to radiant heat tubes that heat the equipment and walls more efficiently and make for a better environment for his employees.

Tim has three sons and his wife, Karla, of 21 years. He says, “I wear many hats, especially here at work, but I like to separate between the work and the home hats. On the work side, I generally enjoy what we do here, and since I used to run CNCs, I enjoy being around that and making things that make all of our lives better. On the family side, that is the reason I am passionate about work – to support and provide for them – but, I also am responsible to provide for their spiritual nurture and development. I also want that to come through in the way that we run our business.”