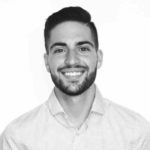 Gone are the days where your dreams end when you wake from your slumber thanks to the 32-year-old billionaire, entrepreneur, philanthropist and creator of Facebook. Mark Zuckerberg is one step closer to providing the Internet to the entire world’s population. 7-billion people. Yes, you read that right; it’s not a typo. Zuckerberg started his legacy in his Harvard dorm room. Now, he’s close to providing Web access across the globe.

How is Zuckerberg’s plan possible? Aquila. What? The billionaire and his team spent more than one year designing and building Aquila, a solar-powered drone. The drone was tested for the first time just a few weeks ago, with Zuckerberg making a surprise appearance. When he arrived, he said his team was very nervous, but they appeared calm and ready.

Facebook hopes that Aquila eventually will lead a fleet of identical drones with the ability to provide Internet access globally. But, how? The drones supposedly will beam signals down to cellular towers, which from there will be converted to Wi-Fi or LTE signals. The current model has a wingspan of a Boeing-737, yet only weighs about 1,000 pounds. Facebook is planning to test more flights in the next six months, but it’ll be years before you see multiple drones flying above you.

World-wide Internet access. Too good to be true? I’ll never have to worry about being Wi-Fi-less again. Unlimited Snapchats, Twitter posts, Instagram posts, the list goes on! In all seriousness though (although I was serious about that), what does this mean for the future?

As of right now, 10 percent of the world’s population lives in areas that are unable to connect to the Internet. With the advanced infrastructure provided by the drones, rural areas that are unable to connect to the Web will be able to. Aside from the next era of Facebook’s services that will come about as a result of the drones, Zuckerberg says in Casey Newton’s article Facebook Takes Flight, “For Facebook, Aquila is more than a proof of concept. It’s a linchpin of the company’s plan to bring the Internet to all 7 billion people on Earth, regardless of their income or where they live. Doing so will lift millions of people out of poverty, improving education and health globally along the way.”

Check out this video of Aquila’s first flight:

What a time to be alive. What are your thoughts on these drones? Do you think they’ll be a success? Leave a comment, let’s chat.