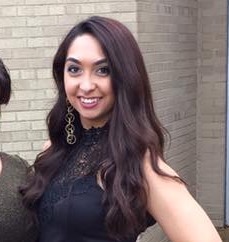 What’s it like being a female entrepreneur? The media tends to focus on men, whether it be sports, jobs, entertainment, you name it. But what about women? They’re equally as important and successful. That’s why I decided to interview a local entrepreneur to tell us what it’s like to be a woman business owner.

Take Brianna Michaels. She’s a 21-year-old business owner. I’m 23 and can’t imagine having the responsibility or patience to own my own company. Her company? Fairlawn Medina Landscape Supply.

Tell me about your business. What exactly do you do?

My company is a landscape supply and design store. We sell all types of bulk materials, such as top soil, mulch, gravel, and limestone. We have other products, such as grass seed, fertilizer, straw, tools, PVC pipe, low-voltage lighting, and much more. I also employ an architect who meets with my customers to help with designing their home projects.

When did you start your company?

I started the company in February 2015 in Akron, Ohio; however, just this past April I opened another location in Medina, Ohio.

How did you get into this type of business?

It started with my father. He started his own landscaping/construction company 34 years ago; so, I grew up working by his side. From the day I began working with him, I have always had an interest in exterior design. Fast forward several years and my interest for the industry grew so much that I started Fairlawn Medina Landscape Supply to work alongside my father’s company.

What are your plans for the future?

I plan on extending my business and opening a third location in the next three years. My 10-year plan consists of opening a nursery and selling plants wholesale and retail. I would also like to open a flower/homemade chocolate shop at some point but not anytime soon. I have a lot of plans for my future and slowing down is definitely not one of them.

Are there challenges to being a female business owner?

There are many challenges being a female business. I don’t receive much respect simply because I am a woman. I have had customers take one look at me and ask to speak to a man. I think women are viewed as not being as smart and responsible as men. Unfortunately, there aren’t many advantages to being a female business owner. I constantly have men making comments about my appearance or asking me out when they are much older than I am, which is very uncomfortable, at times.

What advice would you give to women who want to start their own business?

This sounds cliché, but, honestly, never give up. It’s so true. I’ve come to learn that those who are jealous of your success will do whatever they can to put you down. Being a female business owner means having patience with customers AND employees. A female tends to be looked at as bossy, whereas a male tends to just be looked at as a boss – not many people like to be told what to do by a woman. My father always told me, “You have to work hard to play hard,” and he’s right. Make your dreams into goals and don’t stop until you reach them.