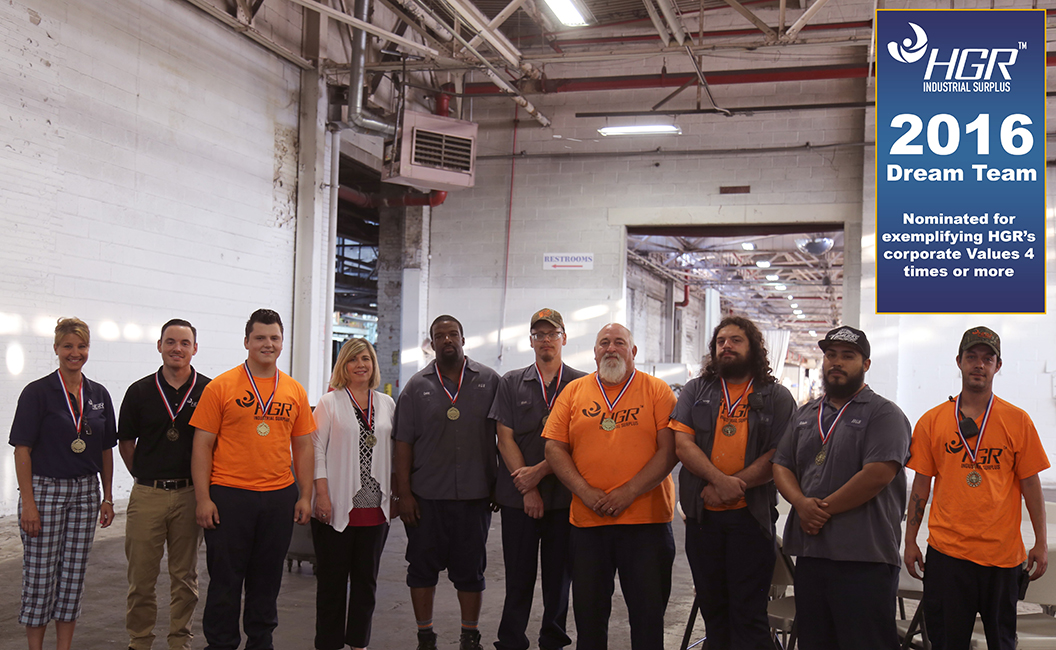 On Aug. 3, all of HGR’s partners and its Euclid, Ohio, employees gathered before the doors opened for a breakfast meeting heaped with eggs, bacon, sausage, hash browns, pancakes and praise for the 74 employees who were recognized for upholding the company’s values for the past year.

What are those values?

Employees were nominated by their peers. Of the 74 winners, 21 received one nomination, 17 two nominations, 21 three nominations and “The Dream Team” pictured in the photo received four or more nominations. Any employee who received 3 or more nominations in the past year was entered into a drawing for a trip to one of HGR’s offices. One Cleveland employee won a trip to Austin, Texas. This year, Mike Paoletto, buyer, won the trip, but in the spirit of working as a team, he said he had been to Austin multiple times and wanted to decline the award and donate it back so that another name could be pulled. Because of his generosity, Bryan Korecz, inbound logistics manager, was selected.

Brian Krueger, CEO, opened the meeting with a brief update on the state of the company and a history of the values program. After the other partners (Paul Betori, Ron Tiedman and Rick Affrica) presented Olympic-style medals to the honorees, Krueger unveiled the company’s new diversity statement and its new values program for the coming year.

Another celebration will be held in Austin to honor those who were nominated. Stay tuned for a photo of the Austin Dream Team.