On May 8, 2017, The City of Euclid, Euclid Chamber of Commerce and Northeast Shores Development Corporation hosted a ribbon-cutting ceremony for the grand opening of Sammich, 651 E. 185th Street, Cleveland. Mayor Holzheimer Gail opened the ceremonies with a few words about the ongoing 185th-corridor improvements followed by Camille Maxwell, executive director of Northeast Shores, and Sheila Gibbons, executive director of Euclid Chamber of Commerce. Randy Carter, Sammich’s owner and owner of Jack Flaps breakfast and luncheon bistros, says, “We are proud to support the neighborhood and help the community grow to make it a better place for everyone.”

After the ribbon cutting, members of the community started ordering sandwiches. Um, I mean sammiches. And, these aren’t your average sammich. Definitely not Subway. Carter uses local, fresh ingredients and cures and smokes his own meats in-house, including house-made sausage. I tried the HOT pickled vegetables with cucumber, celery, Spanish onion and carrots, as well as the cucumber salad made with Spanish onion, red bell pepper and dill. My sandwich was Sammich’s version of Vietnamese bahn mi called Cung Le. Since I don’t eat bread, they made mine as a lettuce wrap. It was amazing — huge and full of Vietnamese sausage, roast pork, cilantro, fresh-sliced jalepenos — seeds and all — and house-made kimchi. The sandwiches are wrapped in butcher paper and usually served on fresh-baked Orlando hoagies. I was going to take a picture of my food but I was so busy wolfing it down that I forgot. So, how’s this for testimony as to how good it was? 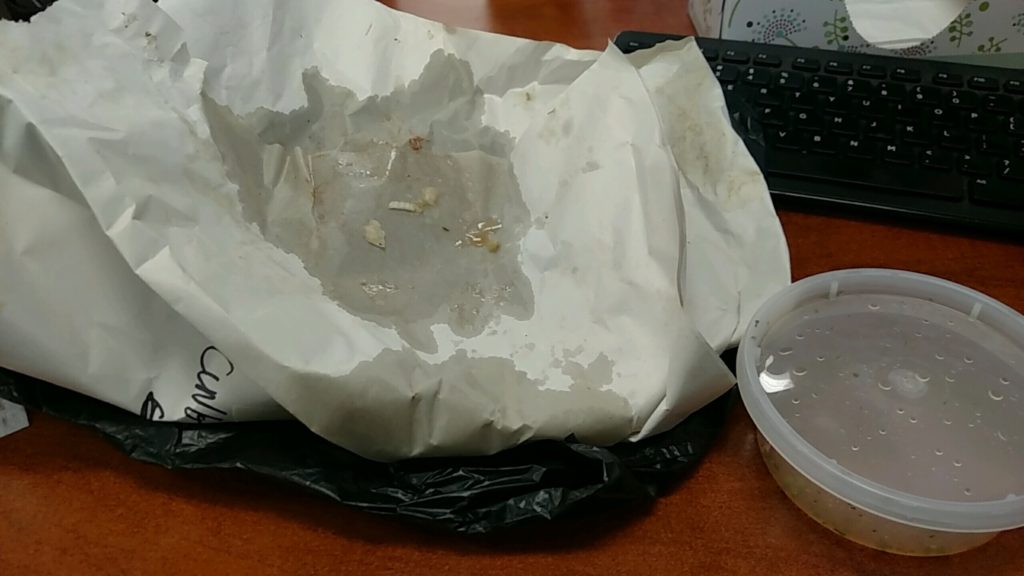