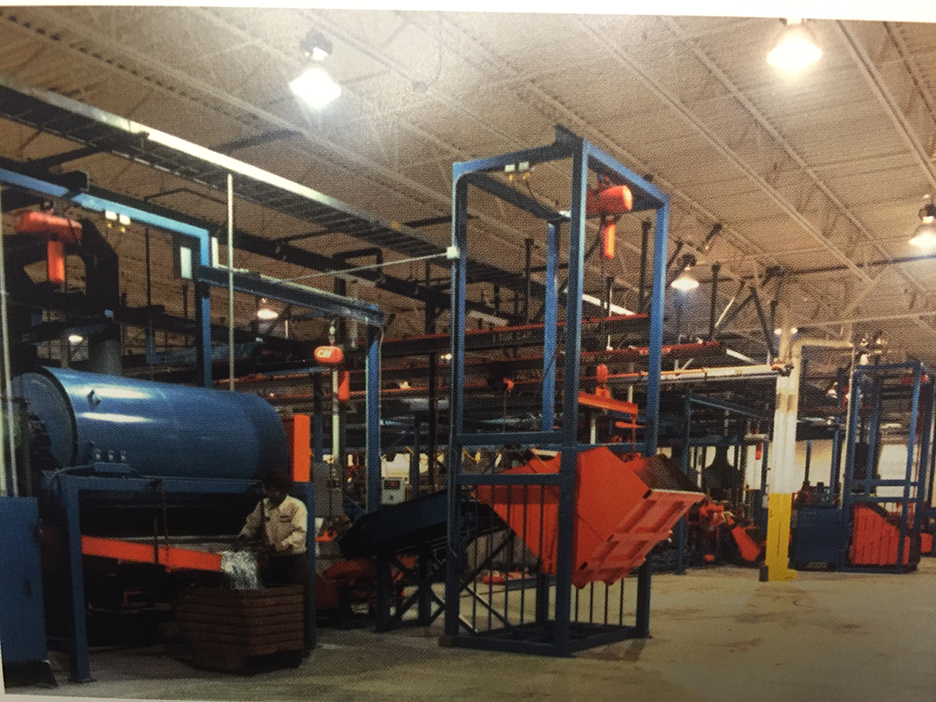 President and General Manager Alex Kappos, VP-Sales Dennis Kappos and Comptroller George Kappos are brothers and second-generation owners of Erieview Metal Treating, 4465 Johnston Parkway, Cleveland, Ohio. The company was founded by their father, George Kappos, Sr. and their uncle, John Kappos. So, the company began with two brothers and is now owned and operated by three brothers.

The founders grew up in Wheeling, West Virginia, and both travelled to Cleveland for college. They attended John Carroll University and Fenn College (known today as Cleveland State University). Both brothers played basketball, sometimes against each other on their respective teams. They both met their future wives while living in Cleveland and stayed here after they received their college diplomas to start their careers.

The company was founded in 1961 with the help of the Mandel brothers, the owners of Premier Industrial Corp., now part of Premier Farnell. The Mandel brothers funded the start-up of Erieview with a 10 -year interest free loan. There was no contract, just two families looking each other in the eye while they shook hands — something that would never happen today.

Erieview started out as a small metal finishing shop doing two finishes, zinc and cad plating, with six employees. Premier was their largest customer for many years. Today, the company has expanded to 85 employees, more than 25 finishes and hundreds of customers.

Some of the industries served are:

For a company that specializes in bulk finishing for a wide range of industries and is witness to several downturns, including the most recent hard-hitting recession, Erieview has managed to celebrate 55 years in Cleveland. It has not always been smooth sailing and the city has changed a lot during the years, from a manufacturing perspective. Dennis recalls driving the company truck in the late 60s and into the 70s and being in awe of all the manufacturing in Cleveland. He says, “I remember driving through The Flats and seeing barbed wire as far as the eye could see. All the nails in the entire world were made here at that time. People don’t know this, but Cleveland was the fastener capital of the world in those days.” Alex says, “The great majority of fastener manufacturing from our hometown is now in Taiwan and China.”

The company has had to make changes to survive in that changing world. What made it work took effort, but it really is a pretty simple philosophy: We have the best people in the industry working here that are dedicated to providing the best service to the customer and a company philosophy of sticking to what we do best. We also use that same philosophy when working with our suppliers. HGR Industrial Surplus is a great example of that. You will find our head of maintenance and our plant manager visiting HGR many times throughout the month. We are a service company, and they are a great resource to help us maintain our plant operations.