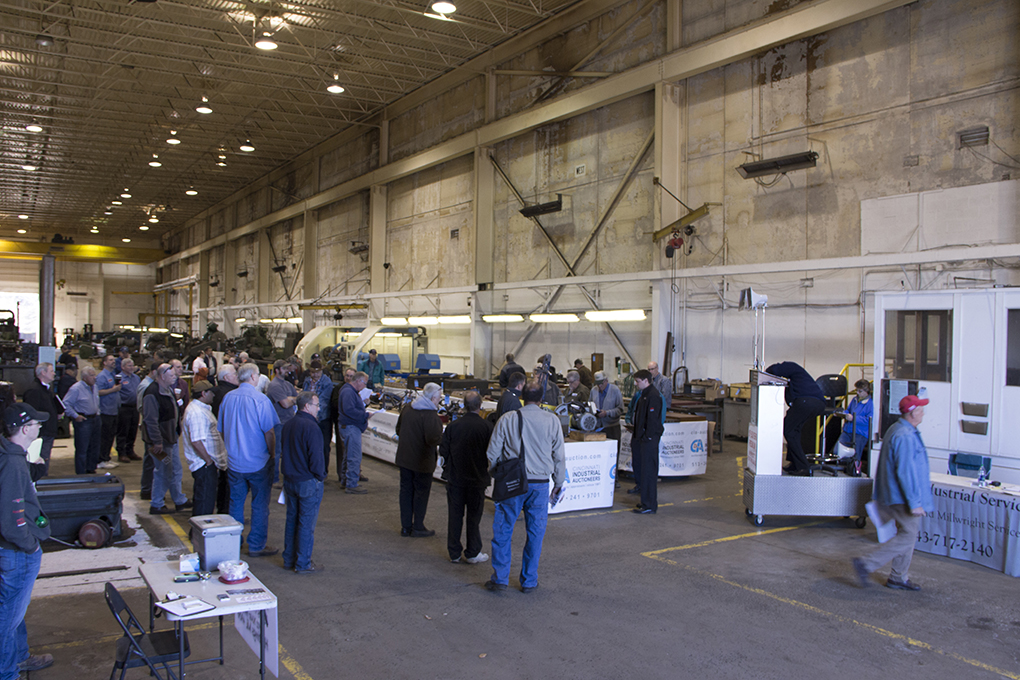 On Apr. 20, HGR Industrial Surplus partnered with Cincinnati Industrial Auctioneers to host a public auction of all of the tools and equipment at the former Ohio Camshaft/OC Industries site in Twinsburg, Ohio, due to the plant’s closure. The parking lot was full at 9:30 a.m. with many pickup trucks full of dollies and pallets, and the auction of 642 lots began at 10 a.m. with 69 onsite and 96 online bidders from 22 states, Canada, Peru and Turkey. Everything was lined up nicely and tagged for display in the plant. Two machinists were available to demonstrate the equipment and provide information. The auction started with small tabletop items with the large equipment being sold around lunchtime.

Jeff Luggen, vice president and principal auctioneer at CIA, and his brother, Jerome, have been in the business for 35 years, and his father and mother started the company in 1961. Jeff’s sons Jeffrey and Joseph joined the company in the early 2000s, and Jerome’s son, Ryan, joined in 2013. That’s three generations of Luggen expertise! Speaking of experts, about six rigging companies from all over the country, including New Jersey, North Carolina and Ohio, were available to help customers haul their items off premises.

The top five items that sold were:

The partnership with HGR began when Rick Affrica, HGR’s chief purchasing officer and partner, began attending CIA auctions in 1998. He says, “I have attended their auctions, and it’s been a great fit. They’ve been very responsive and timely and treated our customers the way we want them to be treated by answering their questions, providing alternatives and finding ways to meet the customers’ goals. That’s why we have continued to work with them during the past few years. We partner with other auction houses, as well, to meet our customers’ needs.”