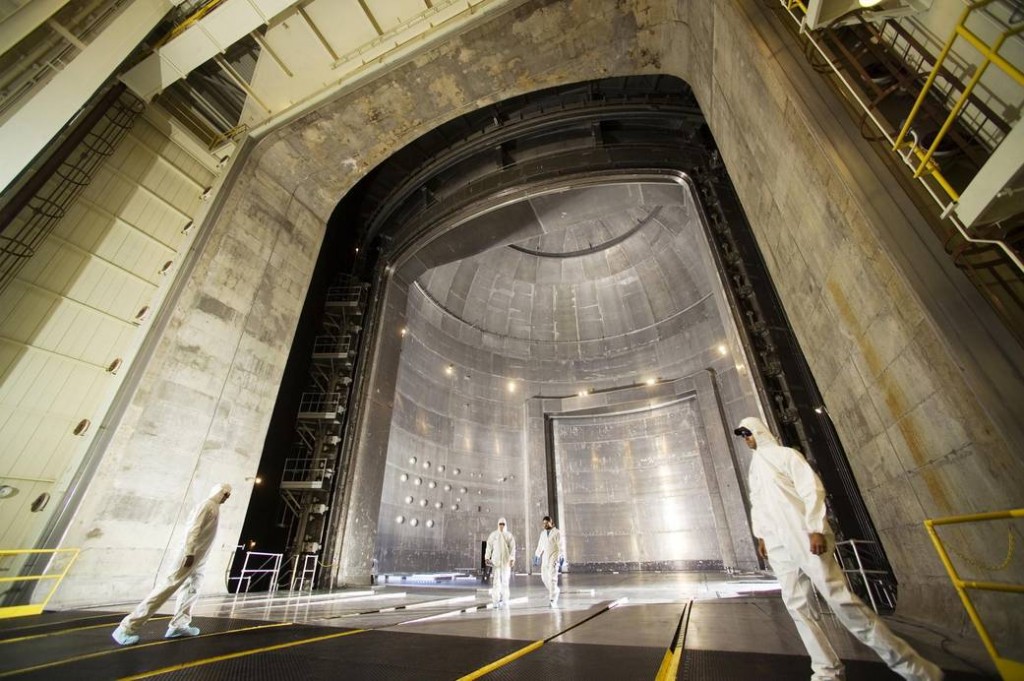 Through the years, a number of film set decorators have purchased items from HGR’s showroom for use on the sets of films being shot in Cleveland, including Captain America and The Avengers. One designer stumbled across HGR about four years ago while trying to track down electrical waste (aka computers) for use on a set.

If you carefully watch the 2011 Avengers film, you can see 9,385 pounds of equipment, including a Sercem automation winder, a welding station enclosure, five germfree S/S fume hoods, an air pressure control, an assembly station, and a neat inspection machine purchased from HGR in two memorable scenes:

Ever wonder what happens with the items used on a film set after the movie has been finished? The film company containers it and ships it to Los Angeles then keeps it in storage for six months to a year in case it needs to reshoot scenes. After that, it is scrapped, sold to a company such as HGR, or the film company has a huge studio sale, often advertised on Craigslist. Who’s up for a trip to L.A.? If not, you always can come to HGR’s showroom to see the stuff from which science fiction/fantasy films are made.