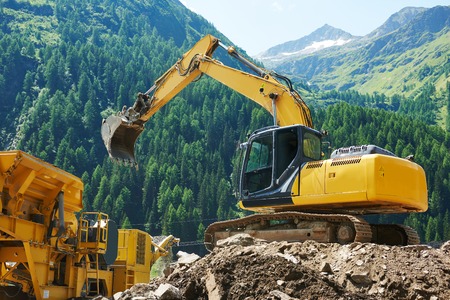 Kerr Lakeside Inc., 26841 Tungsten Blvd., Euclid Ohio, was started in 1945 by Charles L. Kerr. He then organized Krafline Industries for the manufacture of a special military fastener. Once World War II ended, the company discontinued operations until 1947, when the company was renamed C.L. Kerr Industries. It regularly bought and sold products from another Cleveland company, Lakeside Machine Products Company, which led to a merger in 1958. The new company was named Kerr Lakeside Industries.

Expansion continued for Kerr Lakeside in the 1950s and 1960s as the company made additions to its facilities on St. Clair Avenue numerous times. In 1965, Kerr Lakeside moved to its present location on Tungsten Boulevard in Euclid Ohio. Kerr Lakeside continued to make expansion to this facility and invested in two buildings next door through the end of the century, as equipment was purchased and space to hold inventory was necessary. The business has remained a family-run business since the beginning, now in its third generation of ownership, under the leadership of Charles Kerr II.

Today, Kerr Lakeside Inc. manufactures hex socket screw products, precision-machined parts, and cold-headed components. The largest portion of Kerr Lakesides business is its sale of high-strength, critical application fasteners. These high-strength fasteners are produced on one of Kerr’s seven cold heading machines. This process takes a steel blank and presses it between a punch and a die to form the metal into a fastener blank. This process can reach speeds upwards of 200 parts per minute and results in no loss of material, unlike machining that removes metal to form the parts. After the fastener blank is formed, the threads are rolled between two dies that form the threads of the fastener. Both these processes allow for the part and threads to be formed with little to no material lost and provide for a higher strength part. Last, the parts are sent out locally to a vendor for heat treating to increase the strength of the fastener. All parts are then inspected at Kerr Lakeside’s in-house laboratory to ensure they meet the required specifications.

Kerr’s full line of hex socket screw products is sold through distributors across the United States and Canada. These fasteners are used in a wide range of products, including automotive, machine tools, tool and dies, heavy-duty machinery, and mining equipment. Kerr says, “The bolts can end up in critical applications, such as in vehicles and motorcycles, trucks, construction equipment, cranes, molds and dies. Bolts aren’t the most exciting thing, but they do an important job.”

One of the many challenges for Kerr Lakeside, like many other manufacturers, is the availability of skilled labor. Kerr has taken an active role in the industry’s efforts to develop its workforce going forward. Kerr is a member of a number of associations — Precision Machined Products Association, Industrial Fastener Institute, and Alliance for Working Together — that encourage manufacturing as a career path by working with students and educators of local schools. Several area community colleges, including Lakeland Community College, Cuyahoga Community College and Lorain County Community College, now offer two-year manufacturing-related programs as a result of the associations and their members.

Kerr Lakeside also supports local businesses. According to its plant manager, the company has bought a National Acme screw machine, belt sander, conveyors, shelving, motors and pumps from HGR Industrial Surplus and has sold surplus equipment to HGR, as well. 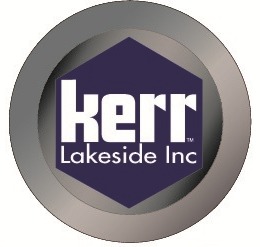