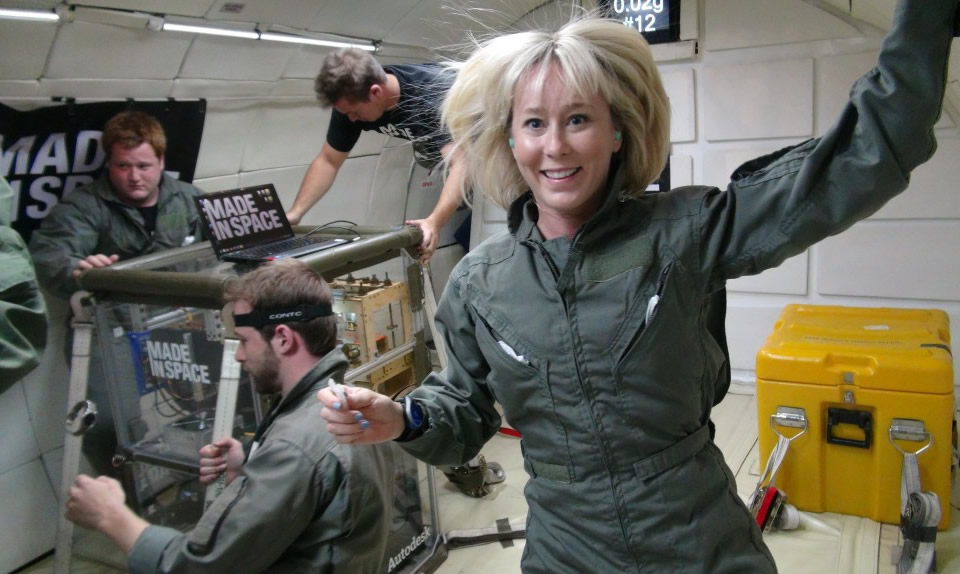 In the not-so-distant past, there were times when much of the technology we embrace today was written off as science fiction. Smartwatches, tablets, and VR headsets are now part of everyday reality. The additive manufacturing sector is constantly buzzing with new ideas, products, techniques, and machinery that help improve and enhance businesses, as well as the general quality of life.

But what happens when 3D printing is literally taken to new heights?

Just ask Made In Space, a group of entrepreneurs, scientists, and developers who helped NASA launch the first 3D printer into space earlier this year.

“Manufacturing in space has been something that has been a given in science fiction since time immemorial,” says Made In Space President Andrew Rush in a recent interview with TCT Magazine. “By having a manufacturing facility stationed in space, we can save thousands of dollars and cut the time significantly.”

Founded in 2010, the company strives to “enable humanity’s future in space” by developing new technologies designed to operate in microgravity environments. AMF, an elaborate and permanent 3D printing system used on the International Space Station, already is making a splash with projected improvements in costs and lead times.

But why is it important to have a 3D printer in space?

According to NASA, it takes more than six months and costs roughly $10,000 to send a pound of payload into orbit. Many items also have to go through lengthy and expensive certification processes, which causes substantial problems if a crew member needs a tool or replacement part; however, Made In Space produced a total of 25 parts in a 28-hour period when an earlier model of its Zero-G 3D Printer was sent to the ISS in 2014.

“We proved that if things go awry on a mission, we can fix it with 3D printing,” Rush told TCT.

Made In Space’s recent successes form only a fraction of the company’s larger goal, which is to create technology capable of building complex structures – like satellites and space stations – prior to launching them into orbit.

Back on Earth, however, we constantly are looking for opportunities to bring this innovative technology to Northeast Ohio. During the last 25 years, MAGNET Engineer Dave Pierson has worked on projects for hundreds of manufacturers, many of which have seen substantial improvements after additive manufacturing was introduced to their business plans.

“Companies need to keep up with emerging technologies if they want to succeed,” Pierson says. “There are so many great things to learn about in additive, and we will see excellent results once these ideas are implemented on a more widespread basis.”

MAGNET: The Manufacturing Advocacy and Growth is a part of Ohio MEP, part of the NIST-MEP program. For more than 30 years, MAGNET has offered a wide range of capabilities to manufacturers, which include product and process development, workforce initiatives, and lean/operations consulting. As part of the MEP system, MAGNET strives to help small and mid-size companies by improving revenue and job retention as well as driving manufacturing and economic development in Northeast Ohio. More information can be found at manufacturingsuccess.org.