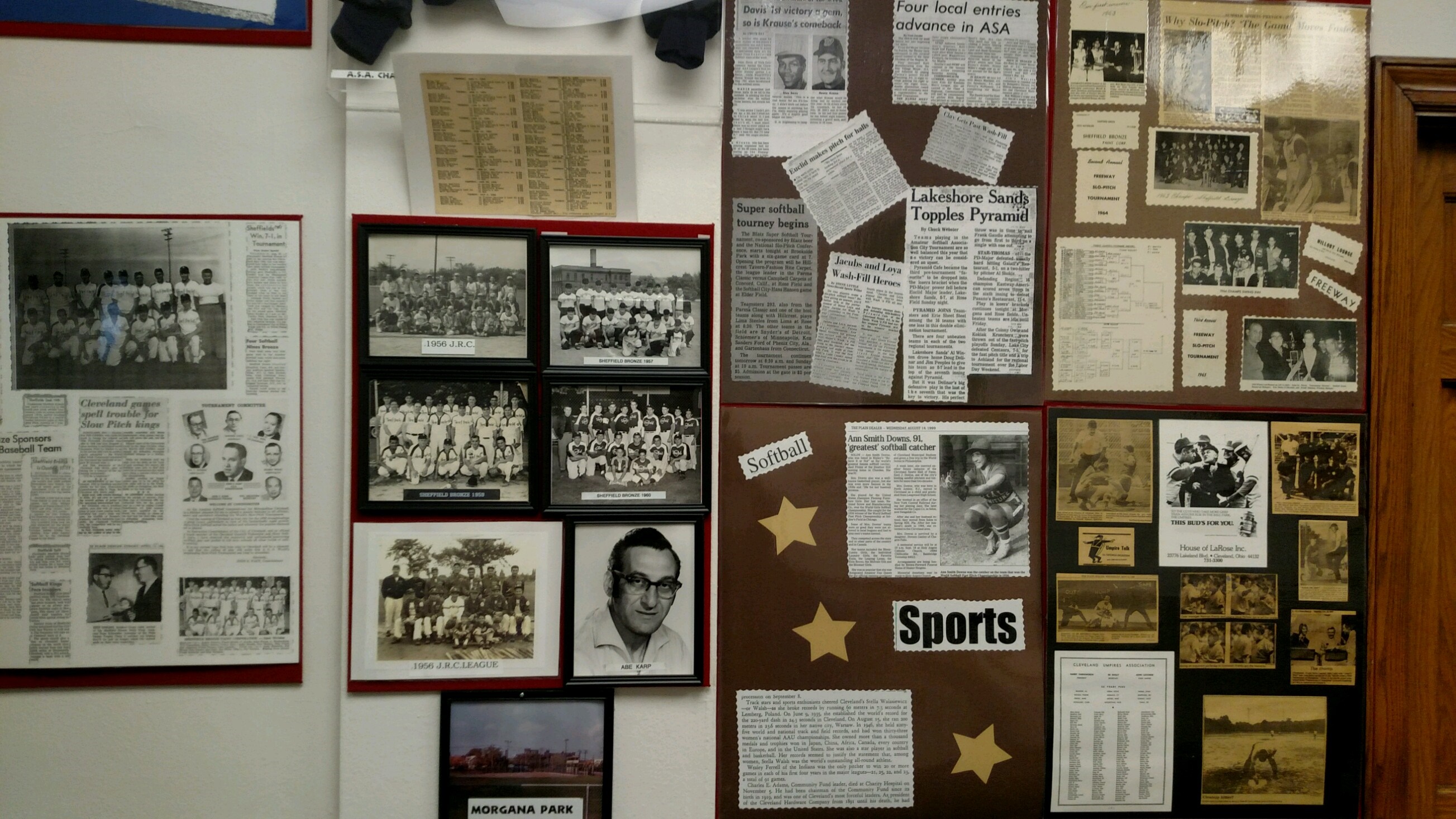 In 1985, The Greater Cleveland Slo-Pitch Softball Hall of Fame began inducting members into the hall at its annual banquet. This continues to be the case today. But, in 1997, Founder Buddy Langdon and his partner had an idea for a hall of fame and museum in order to share the history of softball with the public. Originally, they planned to make it a mobile exhibit that could travel around the country by bus. Later, they approached the Cleveland-Style Polka Hall of Fame and Museum, then located in what is now the Shore Cultural Centre in Euclid, Ohio, to pitch the idea that both museums be housed in the historic, former Euclid City Hall building that the city had planned to condemn and demolish.

In 1998, both museums set up shop at 605 E. 222nd St., Euclid, Ohio. The softball hall of fame decided that Euclid was a central location between the furthermost east and west sides, and the city had teams that played in the biggest and best leagues. The museum is a nonprofit that is funded through ticket sales from its induction banquet, donations from visitors and an annual raffle fundraiser.

When I visited, I learned so much about the sport and the history of the area. The first slo-pitch team was formed in Cleveland in 1939 by the Jewish Recreation Commission. As Curator Rich Yonakor explains, “Since they celebrated the Sabbath on Saturday, it was something for them to do socially on Sundays. They decided to make the ball bigger and slower since everyone was not able to hit a baseball. Gambling occurred, as the community placed bets on the outcome of games. They decided to open the games up to the public.” One of the first softballs was made at a YMCA by taping up a ball of socks.

By the 1960s and early 1970s, there were 280 local teams competing in a single elimination tournament to go on to the world championship. Later, the tournaments changed to double elimination, and instead of one champion, one team comes out of every governing body and league. In 1975, Cleveland’s Pyramid Café team won the first world championship for the city. In softball’s heyday, most teams were sponsored by bars, restaurants and the unions within companies. HGR Sales Associate Andrew Pringle’s grandfather, Douglas Pringle, played softball in the 1960s and was inducted into the hall with his team.

Many people don’t know the difference between fast pitch and slo-pitch. Women’s fast pitch is played at the high school and college level where the pitcher winds up and throws the ball hard and fast in a straight line. The pitcher also is six feet closer to home plate. In slo-pitch, the ball is lobbed in an arch of 10 feet to 16 feet, depending on the governing body. Most have a rule of 10 to 12 feet. There are a multitude of governing bodies, and each has different rules regarding the type of bat used and the pitching arc. 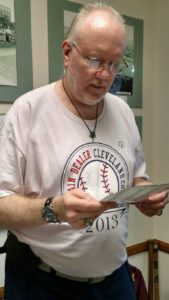 Today, the sport has experienced a decline in popularity that Yonakor attributes to the electronic age where people are not getting out to play sports as much. He says the materials have changed dramatically and that “often the equipment is doing all of the work for them, not like in the old days when it was about competition and exercise. No one got hurt, and they all went out afterwards.” Now, the ball is harder; therefore, players can hit it further and over the fence for more home runs. The leagues have actually had to limit the number of home runs in a game on this account.

If you are a sports enthusiast, which you must be if you got to this point in the blog, when you stop to visit the museum, you can talk softball, baseball, basketball AND football with Yonakor. Does that name sound familiar? Yep, he’s the son of football legend John Yonakor, a member of the 1946-1950 All-American Football Conference Cleveland Browns. His father took him to every Browns home game from when Yonakor was four until he was 17. John Yonakor was originally drafted into the NFL Philadelphia Eagles, but Paul Brown offered to pay him more, $9,500 per year as opposed to $7,500. He also played in Canada for a year, with the New York Yanks for a year and with the Washington Redskins for a couple of years. His son, Rich, was recruited six years ago to assist Langdon in running the museum. When Langdon passed away, Yonakor took over. Rich Yonakor played NBA basketball for the San Antonio Spurs and then professional basketball for overseas teams, including Italy, France and Belgium, for a few years. He also was the softball director for the City of Euclid. 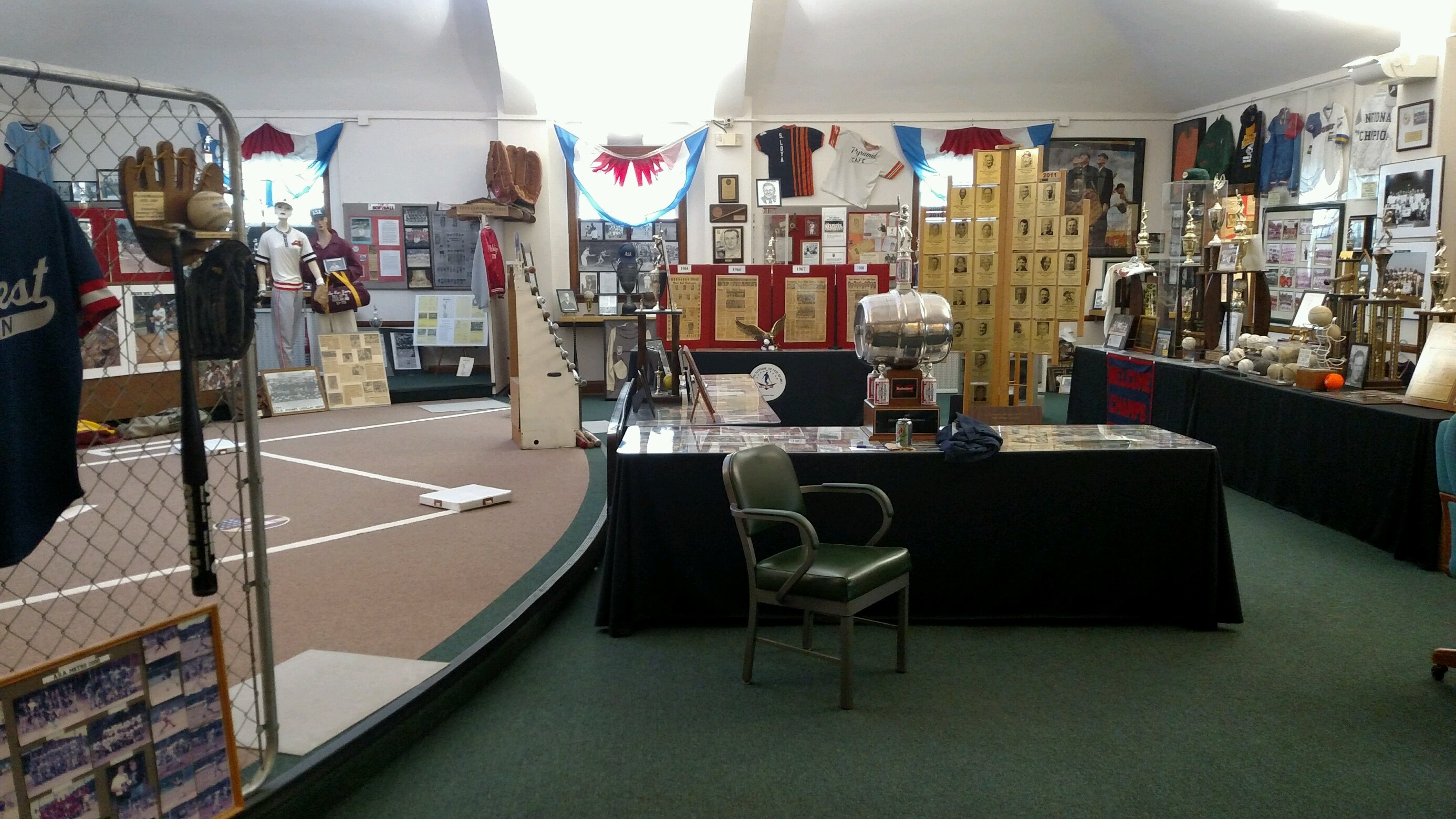 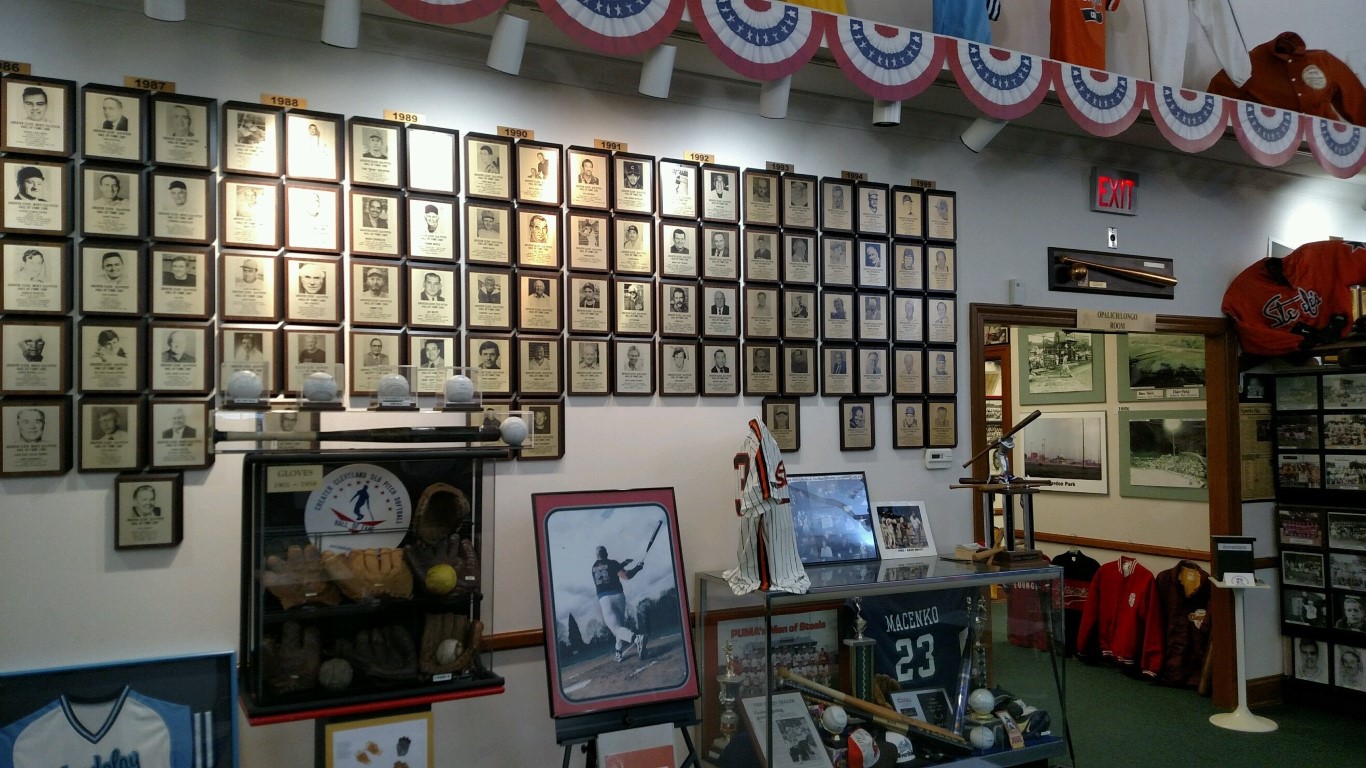 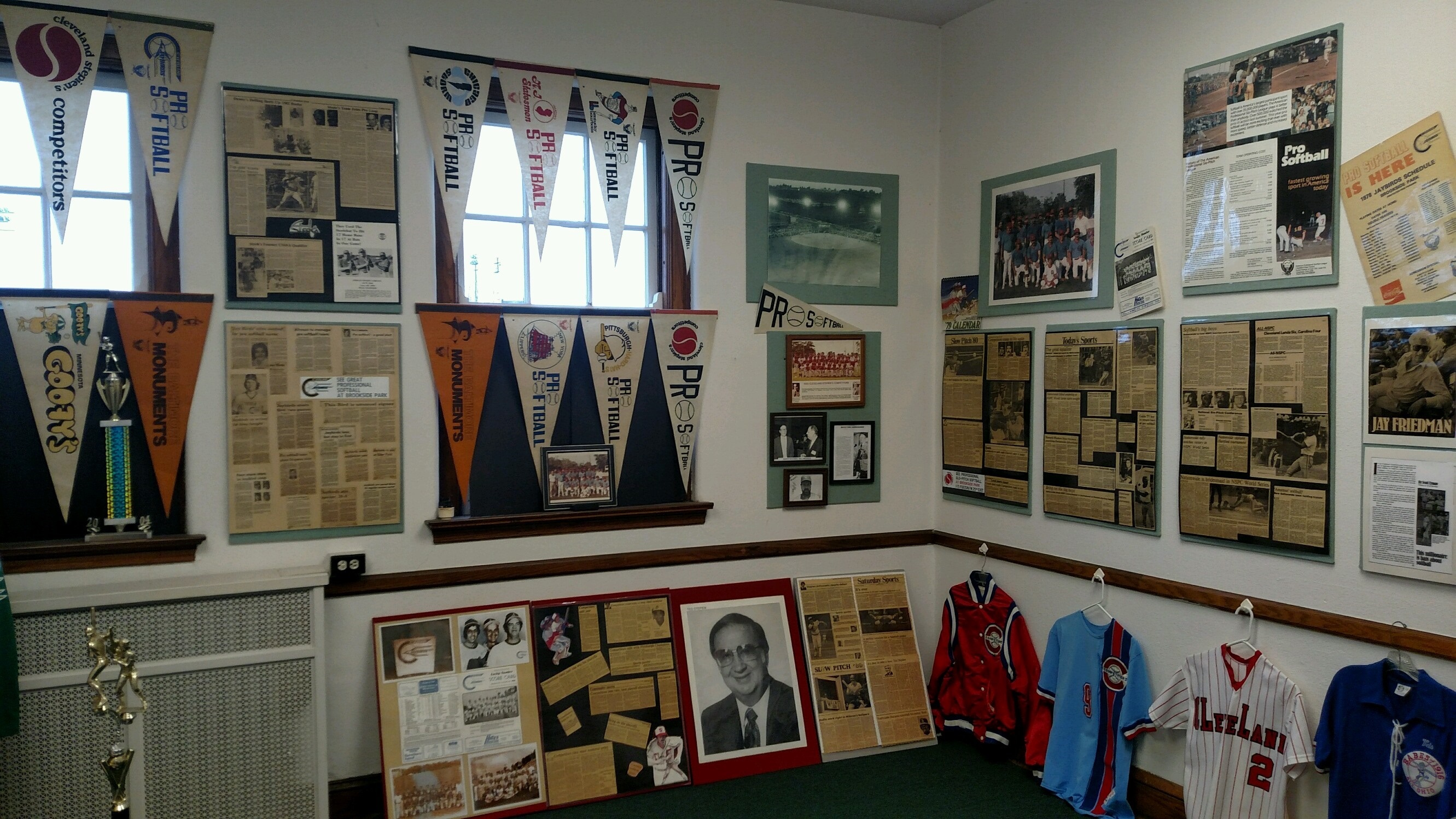