HGR Industrial Surplus recently had the opportunity to exhibit at the Ceramics Expo at the I-X Center in Cleveland for several days. Nestled among shiny, new, three-dimensional printers and exhibits displaying new advances in technology were a couple of old pieces of equipment, including an oven and a piece of air handling equipment. Being different and standing out from the crowd can work to a company’s advantage when it comes to marketing, and HGR’s booth was certainly a different look.

Over three days, Matt Williams, HGR’s chief marketing officer, and Mike Paoletto, one of HGR’s buyers, greeted a steady stream of traffic from current and former customers and vendors as well as from industry professionals who were drawn in by the odd juxtaposition of old equipment at an exposition featuring state-of-the-art processes and machinery. But these industry professionals almost immediately divined why a company like HGR would exhibit at their convention. HGR is in the business of helping companies at every stage grow and transform their businesses. HGR holds a special place in the business ecosystem where it interacts with large, publicly traded multinationals that are transforming their businesses, as well as with nascent startups that are capital constrained, for whom acquiring used and surplus equipment is fundamental to their early success.

The three-day exposition was a great success for HGR. Mike Paoletto reconnected with several vendors who he hadn’t seen for a while–some of whom had moved on to different roles and different companies. While the questions directed at Mike and Matt were as varied as the types of equipment inventoried in HGR’s 12-acre warehouse and showroom in Euclid, Ohio, nearly every conversation started with some observation about the stack of ginormous pens sitting on HGR’s table. Invariably, the engineers at the conference wanted to know why we had such large pens. Our response? “Well, you’re asking us about our pens, aren’t you?” 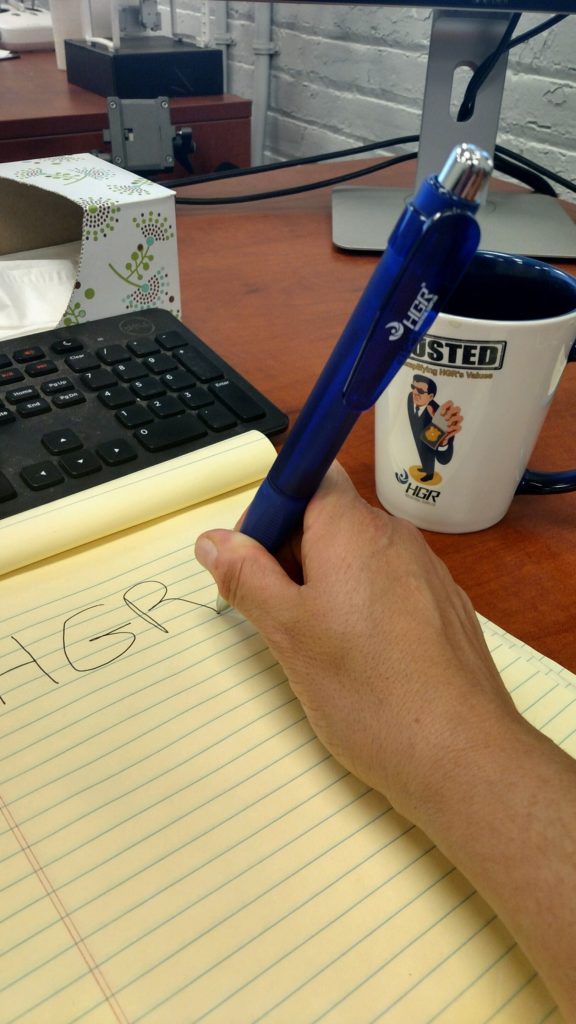